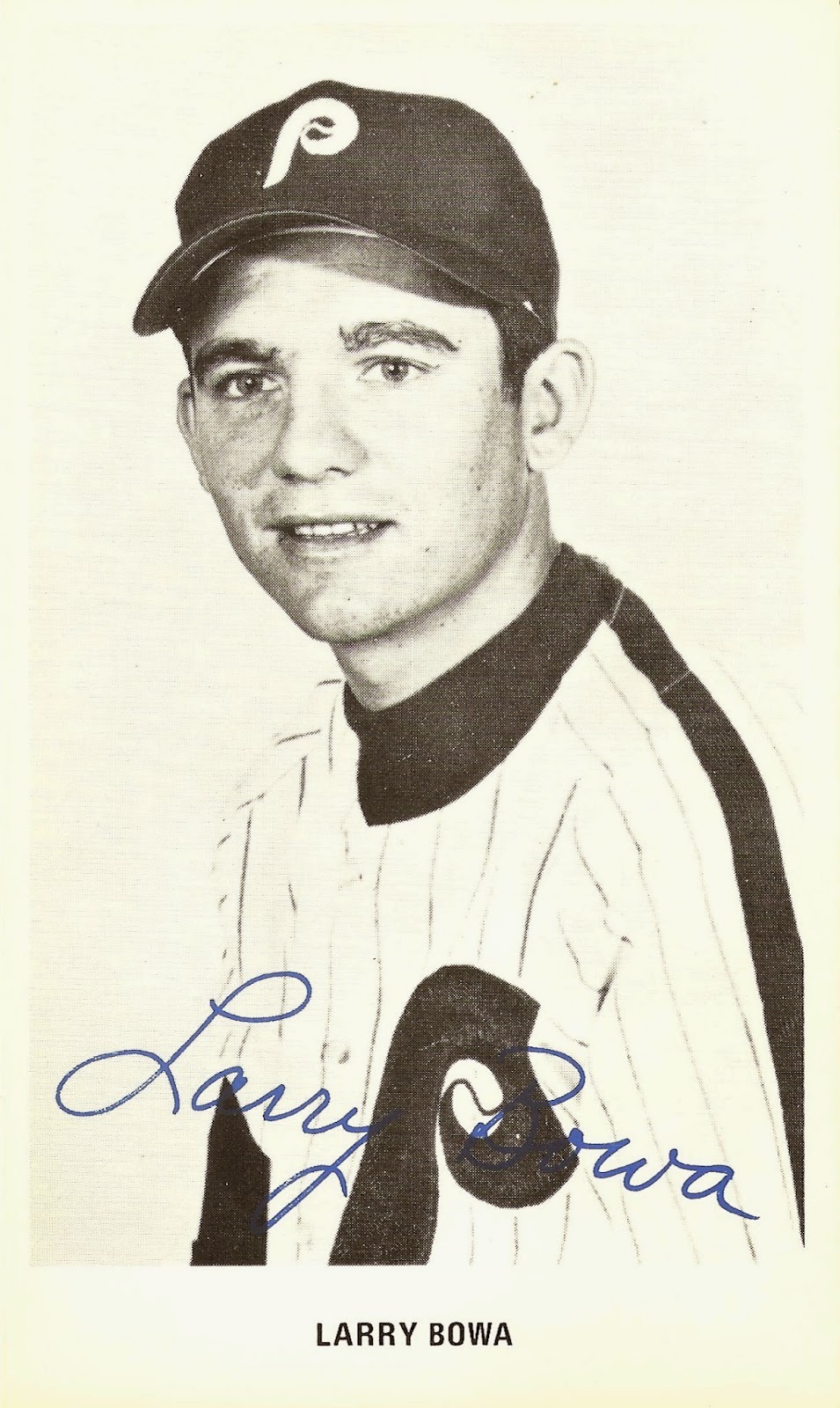 Number of Cards:  32
Card Size:  3 1/4" x 5 1/2"
Description:  As was the case with all Phillies photocards issued throughout the 1970s, these cards feature a black and white photo with the players' name below.  All cards contain a blue facsimile autograph.  The backs of the cards are blank and there's no indication on the cards themselves that they're from 1971.

Variations/Rarities:  The checklist found at The Trading Card Database lists two Bowa cards, with each card having a slightly different autograph placement.  One version features Bowa's autograph parallel to the bottom border of the photo, while the other version features his signature dipping down to the right.  The same checklist omits the Edwards and Koegel cards, which I've added based on Rick's comment below.

Based on Steve's comment below, there may be four additional cars available for Johnny Briggs and coaches Billy DeMars, George Myatt and Ray Rippelmeyer.  Steve's information comes from a reliable source, so I doubt the legend of the existence of these cards is purely apocryphal.

Also See:  1971 Arco Phillies
Trivia:  The Beckett.com online database doesn't include this set, nor is the set listed in any of my versions of the Standard Catalog of Baseball Cards.
Resources:  The Trading Card Database; Phillies collecters Steve and Rick (@rickphils)
Posted by Jim at 7:00 AM

I somehow forgot to post this in early December. Rick, the list I have from our mutual acquaintance included cards of Johnny Briggs, Billy DeMars, George Myatt and Ray Rippelmeyer--all coaches except for Briggs. Rick, have you ever come across these?

I've at least noted the four mystery cards in the original post for now . . .