One Sentence Summary:  Bartolo Colon mowed down the Phillies through eight innings and a ninth inning rally wasn't enough as the Mets won, 5-4.

What It Means:  It means the modest three game win streak is over.

What Happened:  Colon limited the Phillies to six hits and a run in his eight innings of work.  Grady Sizemore came within a foot of hitting a grand slam in the ninth off closer Jennry Mejia to tie up the game, but he had to settle for a double.

Featured Carda:  The Phils paid tribute to Roy Halladay prior to the game, and Doc was on hand to throw out the ceremonial first pitch.  All fans attending the game also received a Roy Halladay bobble head.  (See Field Report below!)

Field Report:  I didn't attend this game, but my wife and my oldest son decided they needed a Roy Halladay bobble head and so they were there!  We found two reasonably priced tickets on StubHub in Section 101, overlooking the Phillies bullpen.  Doug was lucky enough to have two baseballs thrown to him during the game - one from the assistant bullpen catcher (not Jesus Tiamo) and one from Jake Diekman.  Apparently Doug had a little trouble catching Diekman's ball, but the reliever persisted and Doug eventually caught the ball.

I'm not sure what's going on with Doug's hat brim in this picture.  Must be a seven-year-old thing. 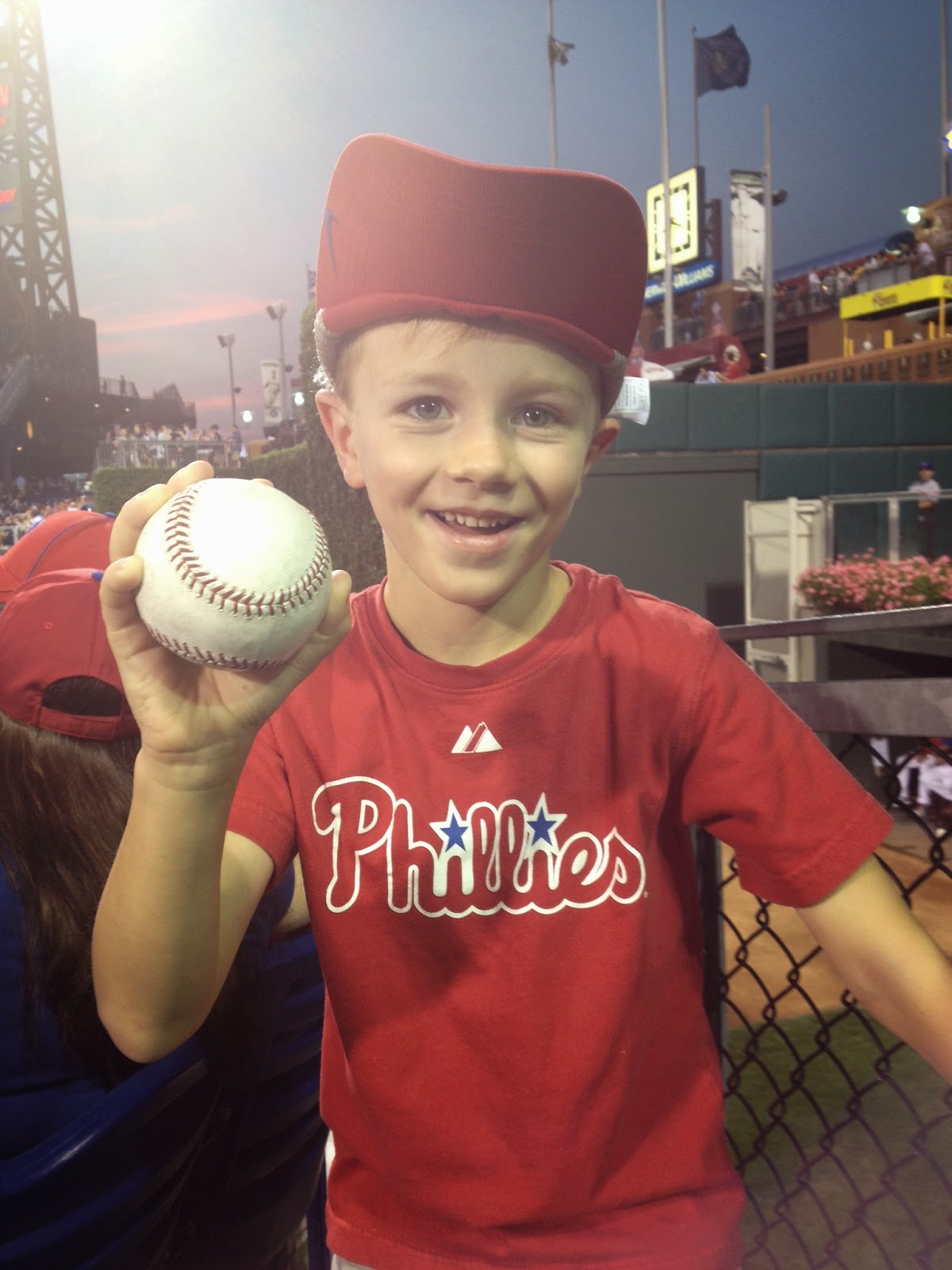