Phillies at Cardinals: May 16th through May 17th 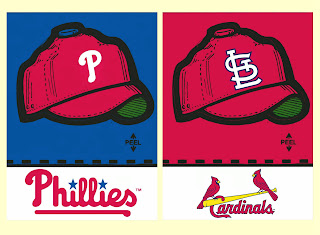 First Game: The St. Louis Browns left the American Association in 1892 for the National League. In 1899, the franchise changed its nickname to the Perfectos, before settling on the Cardinals in 1900. On May 10, 1892, the Browns beat the Phillies, 8-4, in the first meeting of these two franchises. The box score has been lost to time, but Kid Carsey started the game for the Phillies while former Phillie Kid Gleason started for the Browns, according to Retrosheet.

At the Ballpark:  Not a gosh darn thing is scheduled to be given away or promoted during these two games at the new Busch Stadium.  They're just going to play ball.