One Sentence Summary:  Zach Eflin had a good start, but Elvis Araujo allowed four Giants runs to score in the seventh sending the Phillies to a 5-4 loss.

What It Means:  This loss put the Phillies at 13 games below .500, their lowest point of the season to this point.

What Happened:  Eflin allowed one unearned run in his six innings of work and the bullpen couldn't hold on to the lead for him.  The big blow was a three-run double from Brandon Belt off Araujo.

Featured Card:  Rookie Edubray Ramos made his big league debut in this game, recording the final out of the seventh inning.  The Phillies view Ramos as a potential future closer, and his first pitch in the Majors was a 95 MPH strike to Gregor Blanco.  I only have three Ramos cards in my collection so far, all from Phillies minor league team sets.

Island Report:  We arrived at Disney's Aulani on Friday and the late night start time allowed us to listen to most of this game as we tried to adjust to the time change.  It was very strange hearing Scott Franzke thanking the radio listeners for "staying up late" as we were getting ready for dinner. 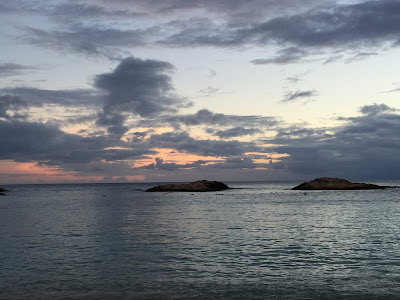 Transaction:  Prior to the game, Ramos was recalled from the IronPigs and Andrew Bailey was placed on the 15-day disabled list.

Be sure to check out the 2016 Season Summary page with game results and links to game summary posts.
Posted by Jim at 10:30 AM

Wow, only 3 years after 2013 Topps, Grandstand is paying "homage" to it? I'm surprised that Topps' lawyers don't have anything to say about that...

I thought the exact same thing. So either Topps doesn't know about it or they just don't care. I highly doubt the latter is the case.