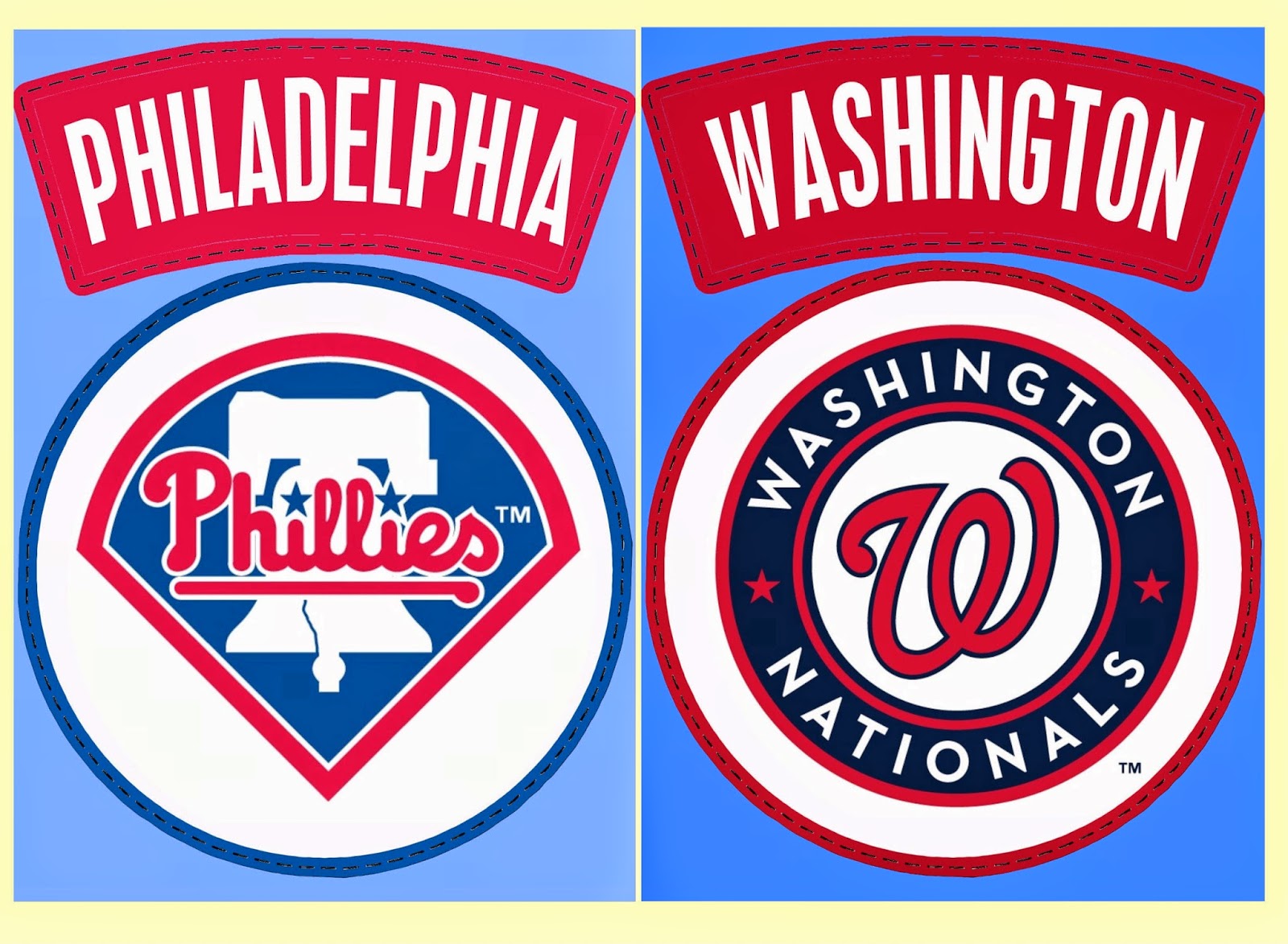 At the Ballpark:  Not much going on in terms of giveaways or promotions during this series, although kids will get to run the bases following Sunday's game.  After the Phillies leave town and the Mets come in, the Nationals are giving away a Jayson Werth garden gnome to the first 25,000 fans.  Now that's something that could come in handy.  What squirrel wouldn't be completely terrified by a Jayson Werth garden gnome? 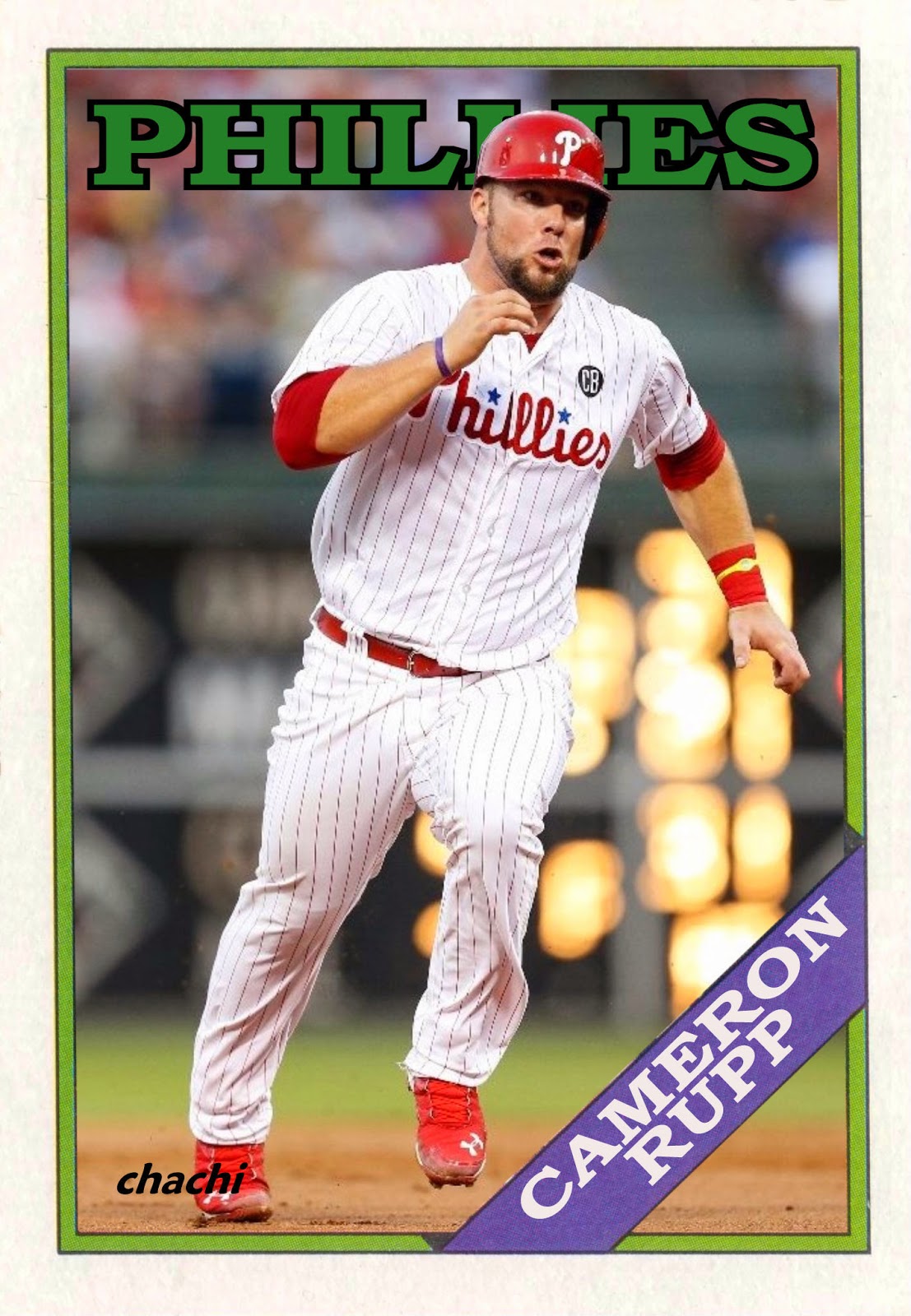 I also have 8 cards of Rupp from between 2010 and 2014 featuring him with the club's minor league affiliates. 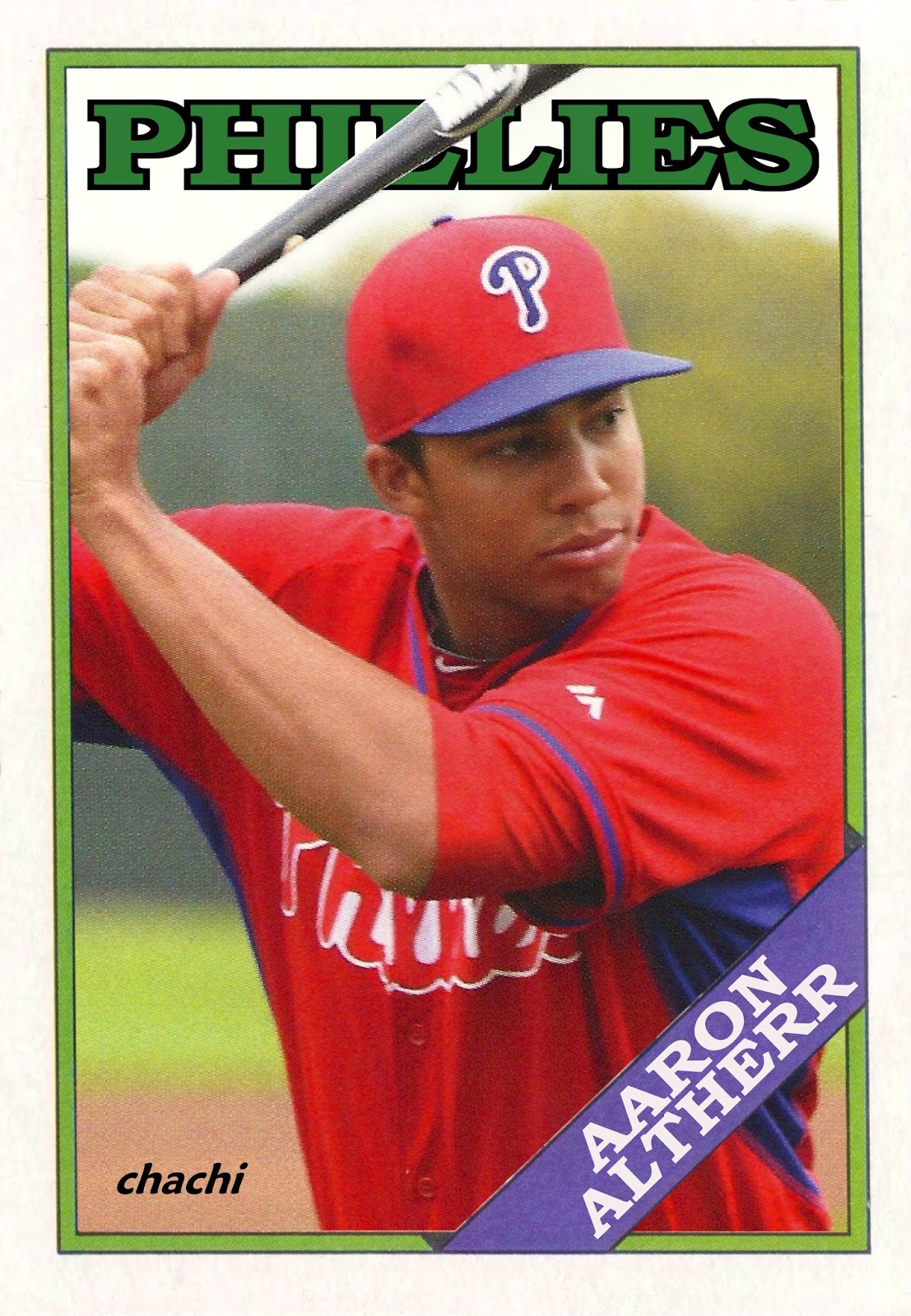 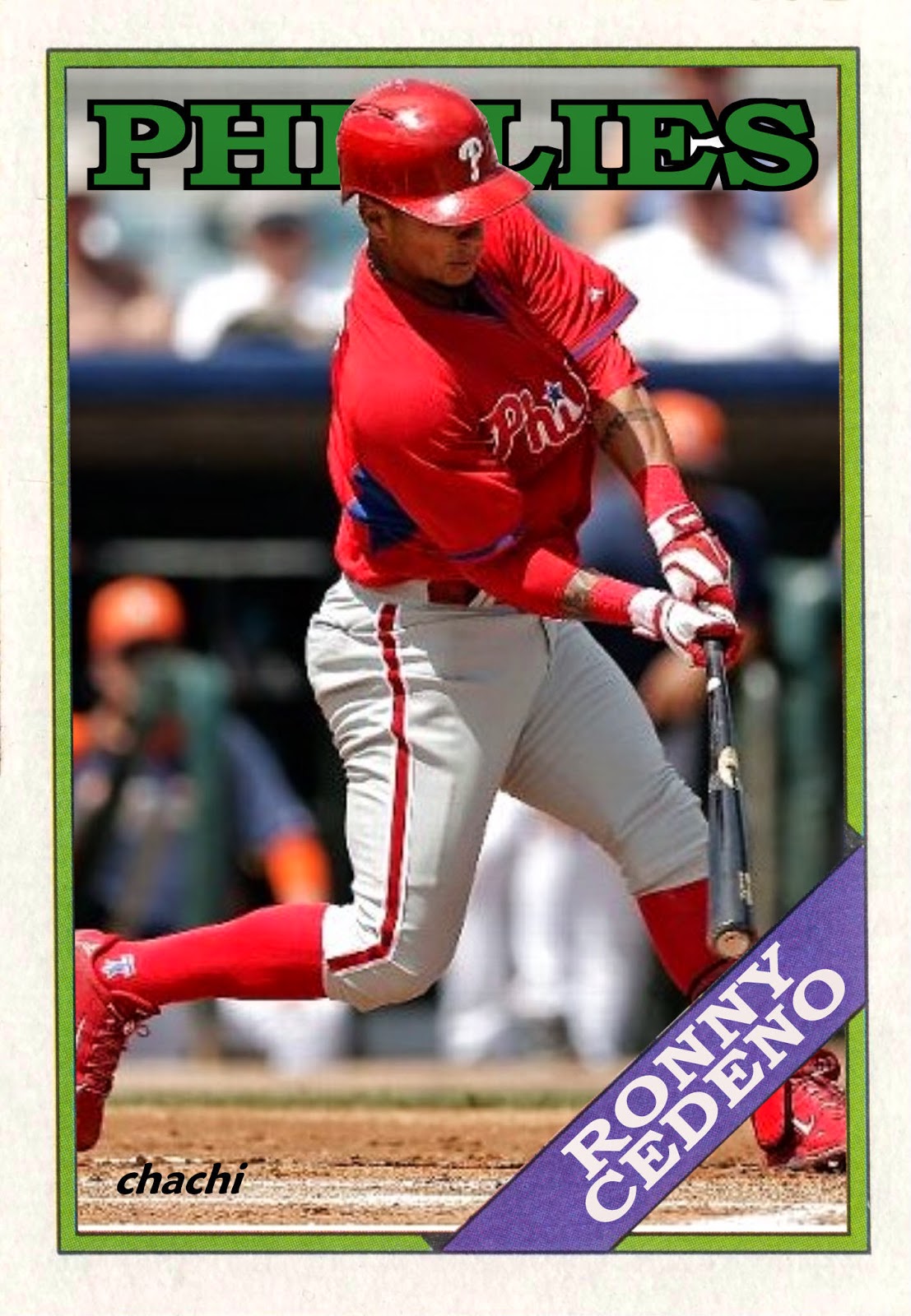 Phillies Cards in My Collection:
None.  And considering that Cedeno was traded to the Diamondbacks back on June 29th, there's an extremely good chance he'll never have an official Phillies baseball card. 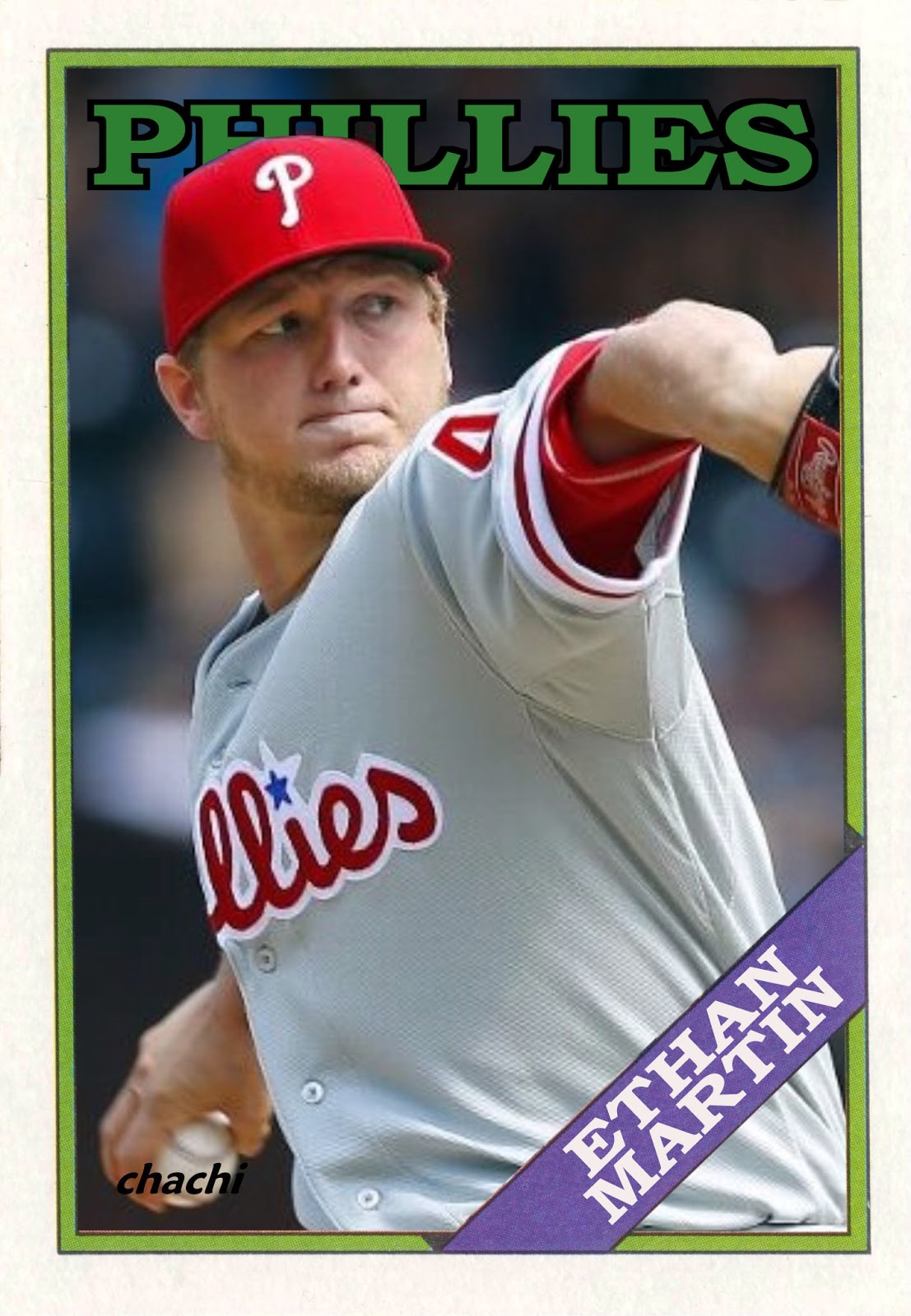 I also have four minor league cards of Martin in my collection. 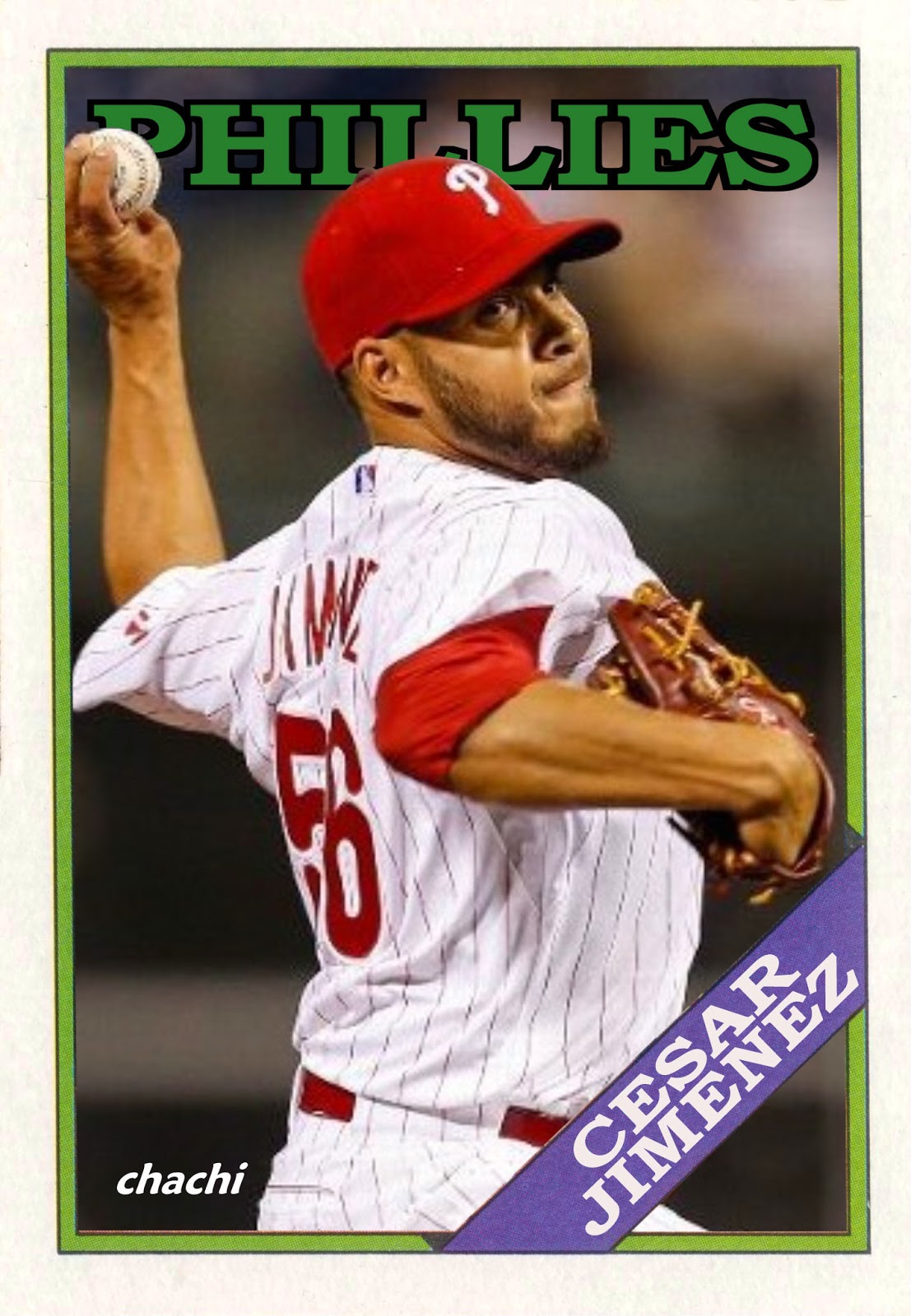 Phillies Cards in My Collection:
No Phillies cards yet for Jimenez, but I have three cards of him in my collection featuring him with the Lehigh Valley IronPigs. 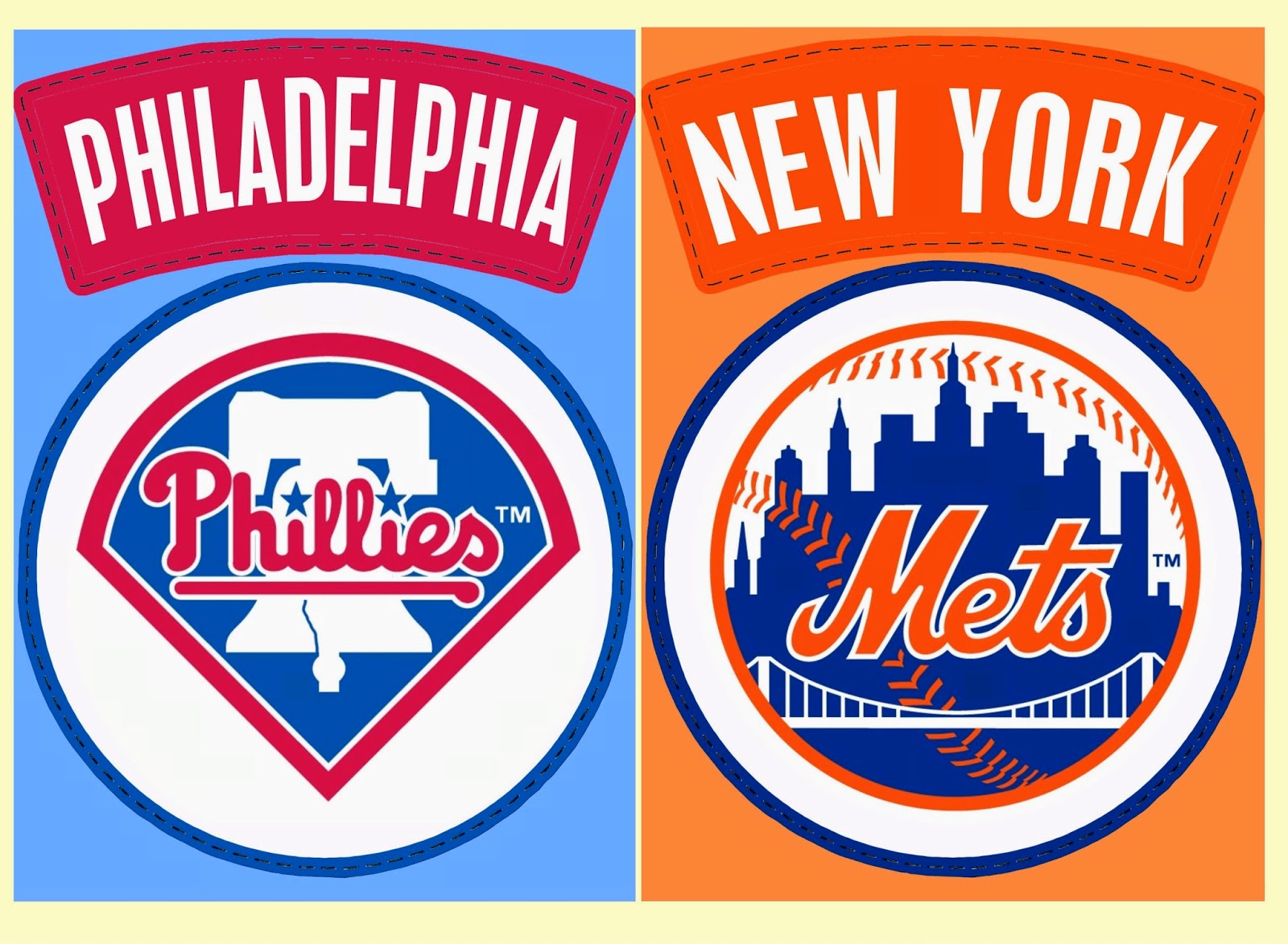 At the Ballpark:  There are a bunch of ticket deals for various groups for these three games, but there are no give-aways scheduled.

1988 Topps Appreciation:  Before looking at Sid Fernandez's career stats, I would have sworn he only played for the Phillies for a part of one season.  But the records don't lie.  El Sid signed with the Phillies on July 13, 1995, three days after being released by the Orioles.  In eleven starts, he went a respectable 6-1 with a 3.34 ERA for the Phillies during their forgettable 1995 season.

He hit free agency following the season, but the Phillies decided to bring him back again to start the 1996 season.  He was the club's opening day starter that year (!) in a rotation that consisted of El Sid, Mike Grace, Terry Mulholland (back with the club for his second stint), Mike Williams and rookie Rich Hunter.  All of the sudden, the team's projected 2015 starting pitching rotation doesn't look so bad.

Injuries limited Hernandez to just eleven starts in 1996, and the Phillies cut ties with him following the season.  He'd pitch in one game for the Astros in 1997 before calling it a career.
Posted by Jim at 6:10 PM No comments: 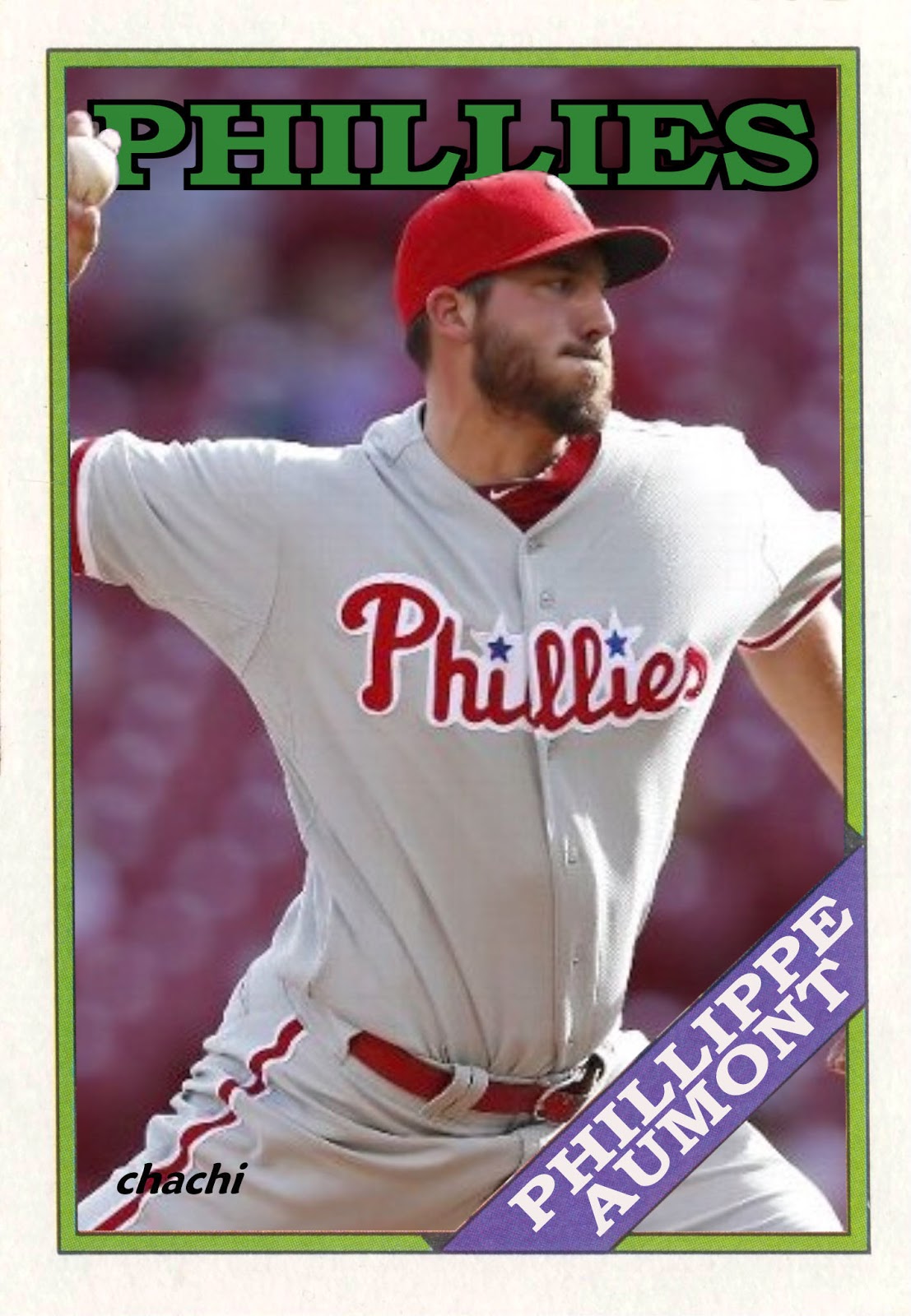 One Sentence Summary:  The offense came alive against an equally mediocre Diamondbacks team, and the Phillies won one of their few laughers of the year, 9-5.

What It Means:  At this point, not much.  But it was nice to sit and watch the Phillies game, knowing they were probably going to win.  Even if Antonio Bastardo wanted to make it interesting by giving up a grand slam in the sixth to make it a 6-4 game at the time.

What Happened:  Grady Sizemore had three more hits, raising his average to .341 (14 for 41).  He also collected his 1,000th career hit in the first.  Domonic Brown had two hits, including a two-run home run in the 7th.  With his second plate appearance in this game, Jimmy Rollins' vesting option for 2015 kicked in, meaning he'll be around for at least one more season with the Phils.

Featured Card:  Sizemore needs a Phillies card!  I probably would have gone with a Sizemore card to celebrate his milestone hit, but he's still waiting for his first official Phillies card.  Instead, here's Brown's 1981 Donruss-like relic card from this year's Donruss offering.

Scheduling Note:  The Phillies Room World Headquarters will be shutting down temporarily for our annual summer inventory.  As such, game summary posts for the upcoming week will follow rapid fire upon our return.  If the team goes ahead and starts trading everyone over the next few days, we may squeeze in a post or two in order to bid farewell to the departed.

Go Phillies!
Posted by Jim at 7:00 AM No comments: