I introduced an Alumni insert set within last year's overall Chachi offering, and in checking my records, I realized I never officially released the final card in that eight-card set.  To right that wrong, Shane Victorino's 2016 Chachi Alumni card is presented here and I believe it's one of his few (if not his only) virtual baseball card featuring him with the Cubs.  Victorino was signed by the Cubs as a minor league free agent last February 26th, but a little over a month later he was released.

I wanted to repeat the alumni theme this year, but I also wanted to include a card for non-alumni, but Phillies Room favorite, Mike Trout.  Therefore, after careful consideration, I'm introducing the new 2017 Chachi Fan Favorites set . . . which consists entirely of Phillies alumni and Trout.

Chase Utley in blue is still a strange sight for me, as is Cole Hamels with a full mountain man beard. But perhaps the strangest sight this year is that of Jimmy Rollins in Giants orange and black.  Rollins has a chance to make the club as a back-up infielder.  I'll add to this checklist as more Phillies players move around or as additional players are deemed worthy enough to be called Chachi Fan Favorites. (Suggestions welcome!)

One Sentence Summary:  The Phillies took advantage of sloppy play from the Blue Jays to notch an easy 10-3 victory.

What It Means:  Jeremy Hellickson, the likely opening day starter, made his 2017 debut and allowed two runs of four hits in his two innings of work.

What Happened:  The offense managed 13 hits while striking out 15 times.  Cam Perkins continued his hot start with two more hits and Nick Williams had a two-run single in the sixth.  Andres Blanco added a solo home run.  Ben Lively and Alberto Tirado both pitched two shutout innings, striking out two a piece.

Featured Card:  New hitting coach Matt Stairs has spent a lot of time this spring working with Williams, who struggled in the second half of last season at Triple-A.  Still one of the top prospects in the organization, the hope is that he can make it to the Majors this season.  Like Perkins, Williams was added to the Phillies Room Favorites club when he signed autographs for our sons at an IronPigs game last September.

One Sentence Summary:  Brock Stassi delivered the game-winning hit in the ninth and Maikel Franco hit two home runs in a 6-5 win over the Yankees.

What It Means:  The Phils captured their first win of many of the 2017 season.  Let's start the regular season now!

What Happened:  Stassi's hit broke a 5-5 tie and scored Roman Quinn with the winning run.  Franco hit one legitimate home run and what was ruled an inside-the-park home run after the ball was lodged under the outfield wall but the umpires did not stop play.  Rhys Hoskins also hit his first home run of the spring.

Adam Morgan threw two scoreless innings to start the game, and there's talk of Morgan joining the bullpen this season as a long man.

Featured Card:  Stassi has somehow avoided inclusion in any Bowman-related sets, and to date his only baseball cards can be found within Phillies minor league team sets.  Stassi even avoided being featured on his 2016 IronPigs card from last year's team set, as the card pictures Tommy Joseph in action at first base and not Stassi.

One Sentence Summary:  The Yankees used the long-ball to defeat the Phillies in the spring opener, 9-4.

What It Means:  Not a great start to the spring for the Phillies, but as one of the oldest baseball clichés goes . . . it's still early.

What Happened:  Didi Gregorius hit Alec Asher's first pitch of the spring for a solo home run to start the first.  The Phillies didn't have a hit (or a baserunner) until the seventh inning.  Cam Perkins and Brock Stassi both hit solo home runs in the ninth.  Nick Pivetta was the only Phillies pitcher to have a decent afternoon, throwing two shutout innings and striking out three.

Featured Card:  Perkins became an instant Phillies Room Favorite when he signed autographs for our sons at an IronPigs game in September.  He only has one readily available Phillies card to date, found within the 2014 Bowman Chrome set.  This is first IronPigs card from 2014.

Email ThisBlogThis!Share to TwitterShare to FacebookShare to Pinterest
Labels: 2014, Perkins

Camp Head Count:  62.  The Phillies broke camp with four fewer players than last season when they carried 66 players at the outset of spring training.  I'll track the departure of 37 players as the team shrinks its roster to the 25 who will head north.
Posted by Jim at 2:00 PM No comments:

Email ThisBlogThis!Share to TwitterShare to FacebookShare to Pinterest
Labels: 2016, Cozens

Checking in with a Few Ex-Phillies

We're inching closer to actual game action in 2017, and I wanted to check in on the comings and goings since the last Phillies game was played in October.  A number of former Phillies signed minor league contracts throughout January and early February, and they've joined the highly collectible Chachi Departures insert set.  Here's a look at the master checklists for the latest ex-Phillies.

If my tracking is correct, the only members of the 2016 Phillies squad still seeking employment are Ryan Howard, Cedric Hunter and Frank Herrmann.  Hunter, last year's opening day right fielder, received a 50-game suspension in November for testing positive for amphetamine.

WE MADE IT. Longest Offseason Ever Ends Today.

After a winter of mostly discontent, you may feel a little like Freddy Galvis looks in this photo - tired, confused and slightly disheveled.

Well the good news is that pitchers and catchers officially report to Clearwater today and the welcome distraction of baseball is back.  Play ball!
Posted by Jim at 7:00 AM 2 comments:

Outfielder Chris Coghlan was signed by the Phillies on Friday to a minor league deal with an invitation to spring training.  Coghlan has a decent chance of making the team's opening day roster as a back-up outfielder.  The 2009 National League Rookie of the Year while with the Marlins, Coghlan earned a World Series ring last season with the Cubs.  In 99 games with both the Cubs and Athletics, he hit .188 with 6 home runs and 30 RBIs.

Strangely enough, Coghlan's most recent mainstream baseball card can be found within the 2016 Topps Update set showing him with the Cubs although he already had a card within the first series of the flagship set also showing him with the Cubs.  Wrigley Wax covered this oddity in a post here. Coghlan also appeared in last year's Topps Heritage set.

Email ThisBlogThis!Share to TwitterShare to FacebookShare to Pinterest
Labels: 2016, Coghlan

At some point over the past few days, I checked the Phillies roster page on their official website and noticed that the dreaded "--" in place of a uniform number for all new players had been replaced with actual uniform numbers.  Friends, this is yet another milestone to the glorious promised land that is spring training.

Here's a look at the new uniform numbers assigned to the newest members of the 2017 Phillies.

New Players (and a Coach) - Under 60 Division
New Numbers
Highest Number
No one touches Dalier Hinojosa and his #94, but Drew Anderson and his #86 comes the closest.

Numbers Available - Unofficially Retired Division
The Phillies have an unwritten tradition of not giving out the uniform numbers of recently departed franchise players.  For that reason, no one on the roster has been assigned #6 (Ryan Howard), #11 (Jimmy Rollins), #26 (Chase Utley), #35 (Cole Hamels) or #51 (Carlos Ruiz).

Numbers Available - Up for Grabs Division
Of the numbers still available, I'm surprised no one has claimed #3 which was worn last season by David Lough.  This could be reserved for Chris Coghlan, who wore the number last season with the Athletics and who was recently signed on Friday.  #41 (Jimmy Paredes) and #43 (Phil Klein) are still available, as is #52 (Severino Gonzalez). 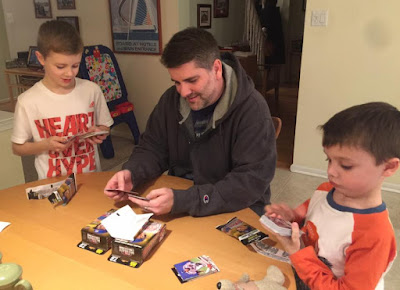