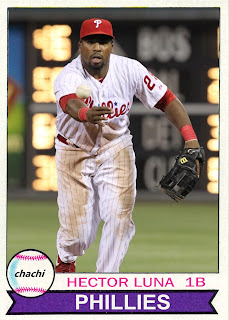 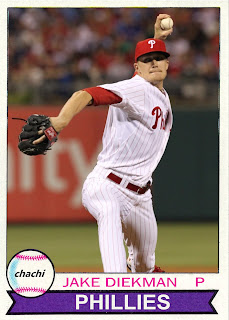 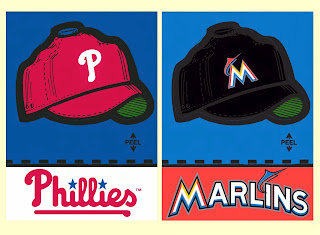 At the Ballpark:  I'm not sure exactly what this means, but tonight is "Friday Night Live" at Marlins Park and tomorrow afternoon is a "Saturday Spectacular."  Sunday is Military Appreciation Day and the first 5,000 kids will receive a "Stars & Stripes Kids Bucket Cap."

Email ThisBlogThis!Share to TwitterShare to FacebookShare to Pinterest
Labels: 2012 Season

Who Wants My Extra eTopps Cards?

Back in the early 2000s, when I was younger and admittedly more foolish, I thought eTopps was going to be the next big thing.  I anxiously signed up in 2001 for the initial offerings of the new Topps "virtual" baseball cards and I clicked away each time a new Phillies card was offered.  (Here's a little more background on the world of eTopps for the uninitiated.)

Earlier this year, Topps announced it was discontinuing its eTopps line, so I recently took shipment of the two 2011 eTopps Phillies cards I had in my virtual Topps vault.  After requesting shipment of these cards, and paying the shipping and handling charges, I was playing around within my eTopps account when I realized that I had bought two copies of each Phillies eTopps card offered in 2001, 2003 and 2004.

So who wants these cards?  Shipping and handling charges from the eTopps vault is $6.75 for the first card and $1.60 for each additional card.  If you're in need of these cards for your Phillies collection, I'd be happy to order them for you and I could probably even have them shipped directly to your home address.  I'd just ask for some cool Phillies cards (preferably from my want lists) in return or the reimbursement of the shipping costs.

Here's what's currently in my eTopps portfolio, including the number of each card issued:

*This was some sort of "bonus" card that I earned.

I also have doubles of the following, already in hand, also available for trade:

Please e-mail me at Ringo73 at msn dot com if you're interested in expanding your Phillies eTopps collection!
Posted by Jim at 8:00 AM 2 comments: 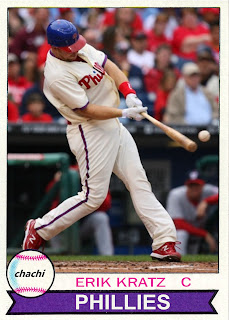 We're sorry.  The author of this blog is currently sitting on the beach, far away from the nearest computer and the trials and tribulations of the real world.  We apologize for the lack of "live" content this week.  However, your continued readership and support are very important!

Please try back later for semi-relevant content related to the Phillies and their baseball cards.

Email ThisBlogThis!Share to TwitterShare to FacebookShare to Pinterest
Labels: 1997, Rolen 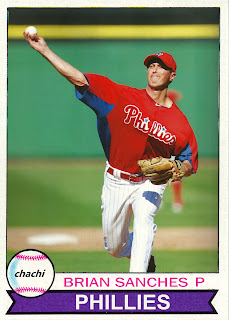 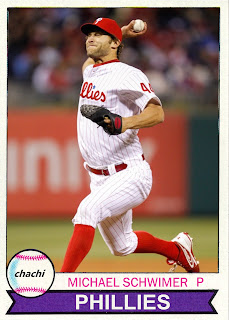 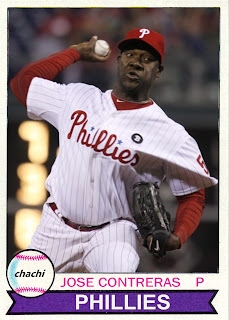