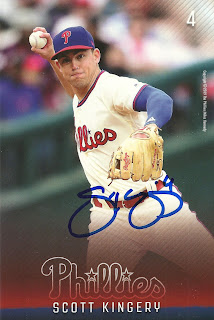 One Sentence Summary:  The Phillies were firing on all cylinders for this 6-5 win, with steady defense, five home runs and an impressive bullpen performance.

What It Means:  The Cubs lost, putting the Brewers a game behind and the Phillies two games behind for the second Wild Card.

What Happened:  The Phillies received first inning home runs from J.T. Realmuto (24), Bryce Harper (31) and Corey Dickerson (11), with Dickerson adding his second home run (12) of the game in the sixth.  It was the first time three Phillies had homered in the first inning since Shane Victorino, Greg Dobbs and Chase Utley did it back on July 6, 2009.  (Per Meghan Montemurro Tweet.)

On defense, Harper threw out Ozzie Albies at third to limit further damage in the third inning and Realmuto threw out yet another baserunner, his 42nd on the year.

Starter Jason Vargas lasted three innings, but five Phillies relievers held the Braves to only one more run for the rest of the game.  Blake Parker turned in two scoreless innings, striking out four, and Hector Neris recorded his 25th save.

Featured Card:  Dickerson hitting two home runs would normally be enough to earn featured card honors, but Scott Kingery was the star of this game.  With the bases loaded in the third and the Phillies hanging on to a 4-3 lead, Kingery made a diving catch to save at least a few runs.  In the bottom of the third, he circled the bases for an inside-the-park home run after Ronald Acuna, Jr. leaped, caught the ball to bring it back from over the fence, but then dropped the ball mid-celebration.
Posted by Jim at 7:00 PM

Email ThisBlogThis!Share to TwitterShare to FacebookShare to Pinterest
Labels: 2019, Kingery