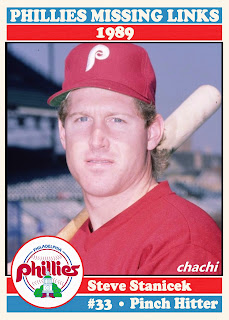 In nine seasons in the minor leagues with the Giants, Brewers and Phillies organizations, Stanicek hit 108 home runs.  His best season by far was 1987, when he hit .352 with 25 home runs and 106 RBIs for the Triple-A Denver Zephyrs, earning him a promotion to the Brewers.  His brief appearances with the Brewers in 1987 and the Phillies in 1989 were to be his only Major League action.