As I was preparing this post, it struck me that this blog has another birthday coming up that will mark six years since I started on this internet based journey.  It's no coincidence that this is also the sixth year that Ron from Section 36 has sent me his Phillies cast-offs from ten years ago in his annual purge of decade old baseball cards.  Ron was one of the first virtual friends I made six years ago when I started this blog and I hope we get to meet up during our family's next visit to Fenway*.

There were some newer cards in Ron's package, along with some strange Roy Halladay action figure thing that's now perched on my son Doug's bureau**, but the highlight of the package were cards from 2005 that I had never seen before.  In 2005, I was newly married and we were saving our pennies to buy a new house.  There was little room in the budget for baseball cards which is why my 2005 Phillies binder is still the thinnest binder on my shelf. 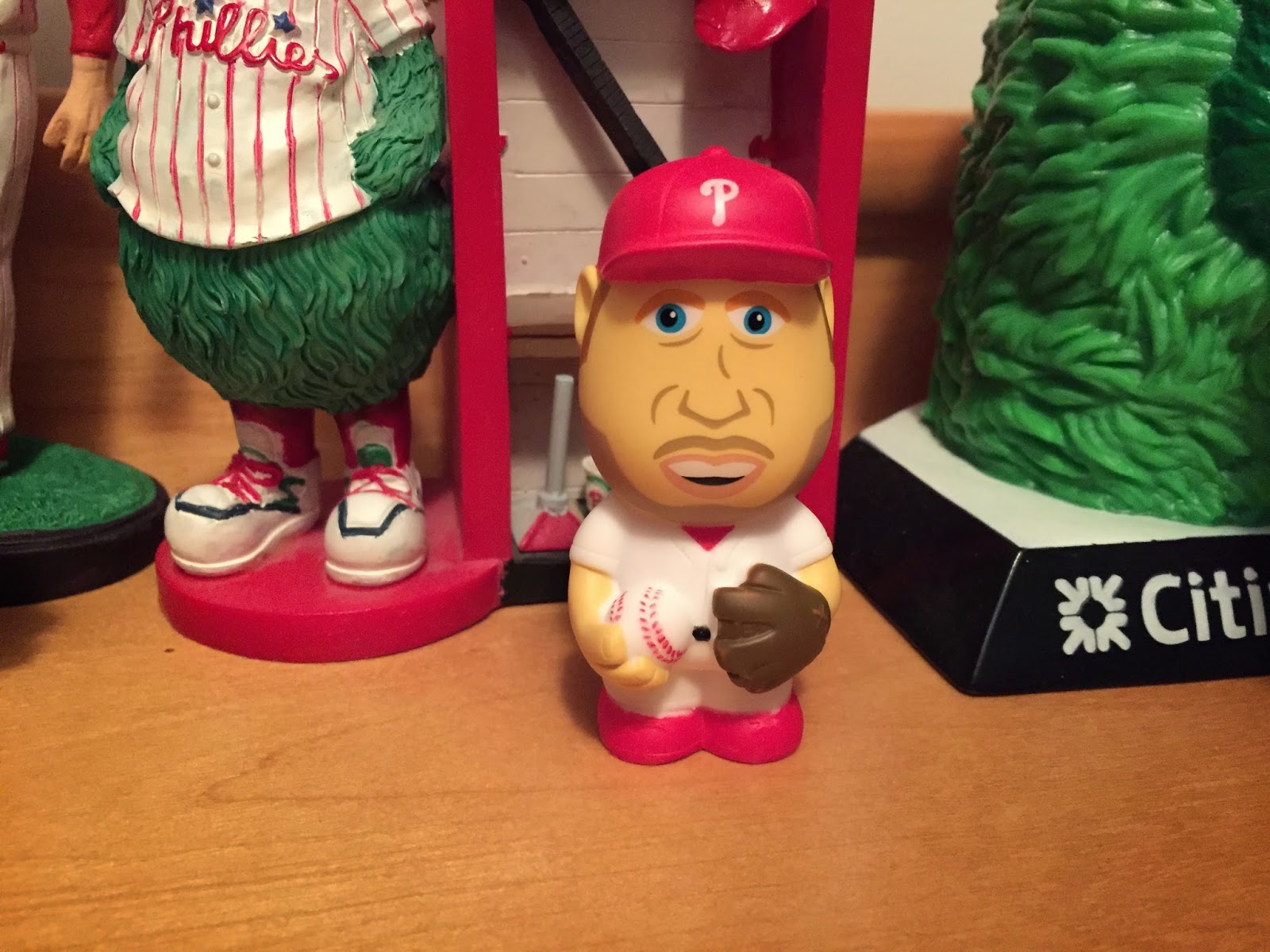 *Could be as early as next summer . . . we have trips in the works for this summer to Washington D.C. and Baltimore.

**What is this thing?

Strange item.... Are you sure Section 36 didn't smuggle some diamonds in there?

And now I know!

And, now I know too. Which is good, because I also have a Verlander!