One Sentence Summary:  While wearing their green uniforms for St. Patrick's Day, the Phillies fell to the Rays, 5-3.

What It Means:  David Buchanan is suddenly a very important pitcher on the Phillies staff.  With Jerome Williams a late scratch due to a tight hamstring, Buchanan got the fill-in start and did nothing to hurt his chances of eventually winning a rotation spot.

Featured Card:  Thanks to his performance from last season, Buchanan earned a card in series one of this year's Topps flagship set.

Memory Lane:  I didn't do anything last year on the blog to commemorate St. Patrick's Day, but here's a look back at a few Irish themed posts from the past. 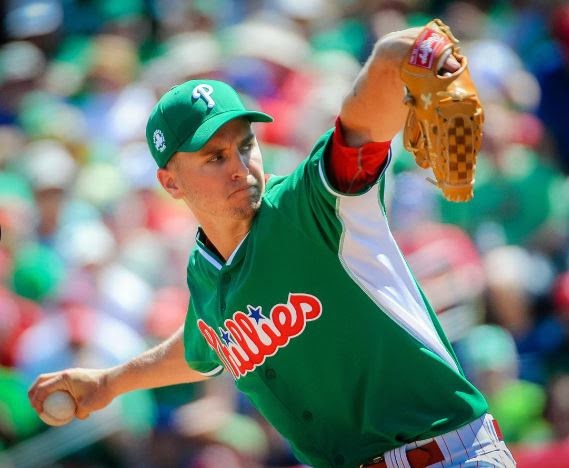 Email ThisBlogThis!Share to TwitterShare to FacebookShare to Pinterest
Labels: 2015, Buchanan