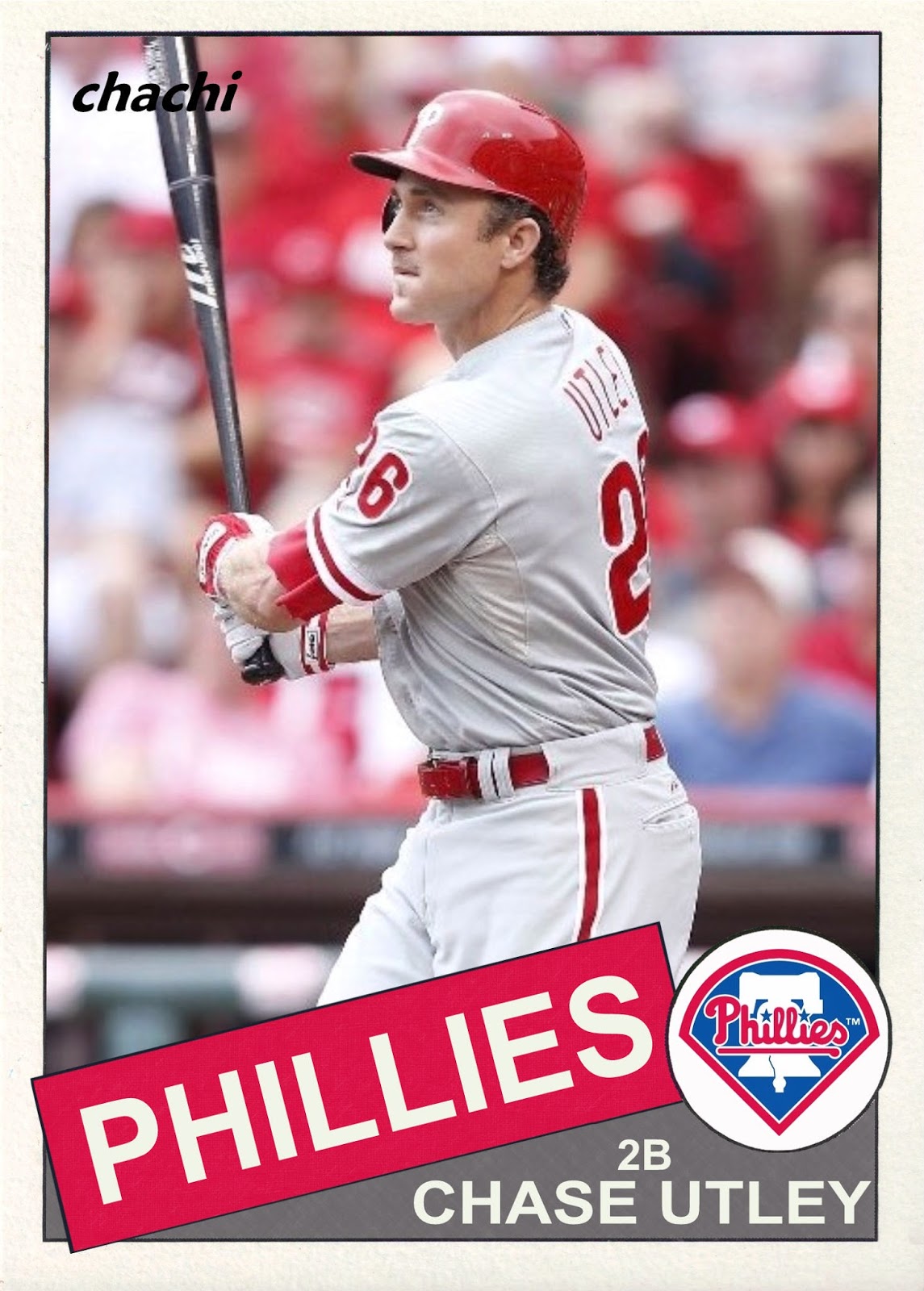 Topps was a week behind this year, waiting until yesterday to unveil the design of the 2015 flagship set to the collecting masses.  I'm still trying to decide if I like the base card design, which features some sort of splotchy gradient where Topps traditionally featured a white border.  Why not go with a solid color border, corresponding to the team colors?  The kids of the future are going to have a tough time (maybe) creating custom versions of these cards.

Which brings us to the slightly smaller 2015 design reveal . . .

Over the past few months, I've toyed with the idea of using the 1978 Topps design for the 2015 Chachi cards.  I went so far as to create a few mock-ups which are currently housed within the "Unreleased" folder on The Phillies Room World Headquarters' iMac.  The 1978 Topps design is a more than worthy candidate, but in the end the thought of trying to faithfully recreate the whimsical cursive font used for the team names was just too daunting a task.  I wanted to be able to easily modify team names and colors to show player moves in the offseason and to create custom cards by request for my kids.

With 2015 marking 30 years since the release of the totally awesome 1985 Topps set, and having threatened to use the 1985 Topps design in prior years, I'm pleased to announce that the 2015 Chachi set will be produced using the 1985 Topps template, with a few minor tweaks to account for updated team colors.

The set will officially debut on Opening Day 2015, when the Phillies embark upon their journey towards a triumphant return to the playoffs!
Posted by Jim at 7:00 AM

1978 would've been fun, but I certainly understand your hesitation in using it.

2015 Topps... I think I'm going to have to wait until these come out before I can pass judgement. They could be interesting, they could be awful. We shall see.

Excellent choice with the 85s. If I had used a Topps set for 2014 Quarry Unlimited it would have been that one. I agree with your thought on the 78 set, it would probably look really bad if it's not just right.

Now I just need to figure out what I'm going to do for postseason cards when the Phils win the East in '15 . . .