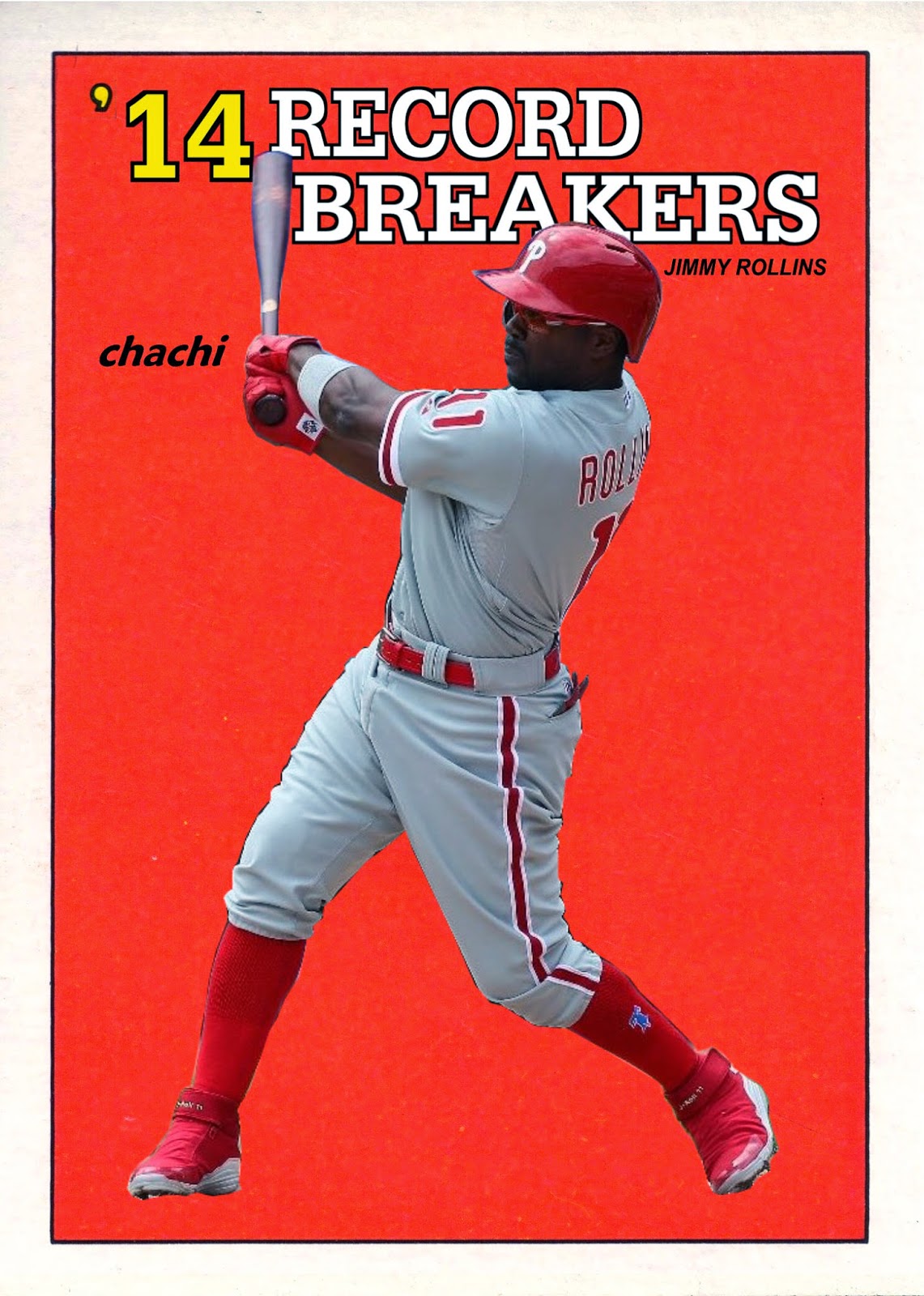 One Sentence Summary:  In an opening day for the record books, the Phillies offense exploded for 17 hits on their way to a 14-10 victory over the Rangers.

What It Means:  Absolutely no one saw this coming.  The Phillies offense had been completely lethargic throughout the spring, so of course they go ahead and explode on the Texas Rangers in their home opener.  (And the fact that the Phillies and Rangers played each other on opening day is completely absurd.)

Starting pitcher Cliff Lee got knocked around, allowing eight runs on 11 hits in his five innings of work.  He became the first Phillies pitcher to allow eight or more runs in a game and still earn the victory since Dick Ruthven did it back in 1981.

Featured Card:   So here's the first official Chachi card of 2014, and we’re already up to card #34.  How'd that happen?  After much deliberation, I've decided to give manager Ryne Sandberg and each of his coaches their own cards within this year's set.  The first 25 cards of the set will featured the team's opening day roster, while cards 26 through 33 will feature Sandberg and his staff.

This card serves to commemorate Rollins' big day.  By starting at shortstop, Rollins set a National League record for most consecutive opening day starts at that position for one franchise, with 14.  The previous record holder had been the Reds' Davey Concepcion.  Rollins' big grand slam was the 200th home run of his career, and put him in a class of just five other Phillies to have hit a grand slam on opening day. (The fact courtesy of this High Heat Stats Tweet.)
Posted by Jim at 7:00 AM