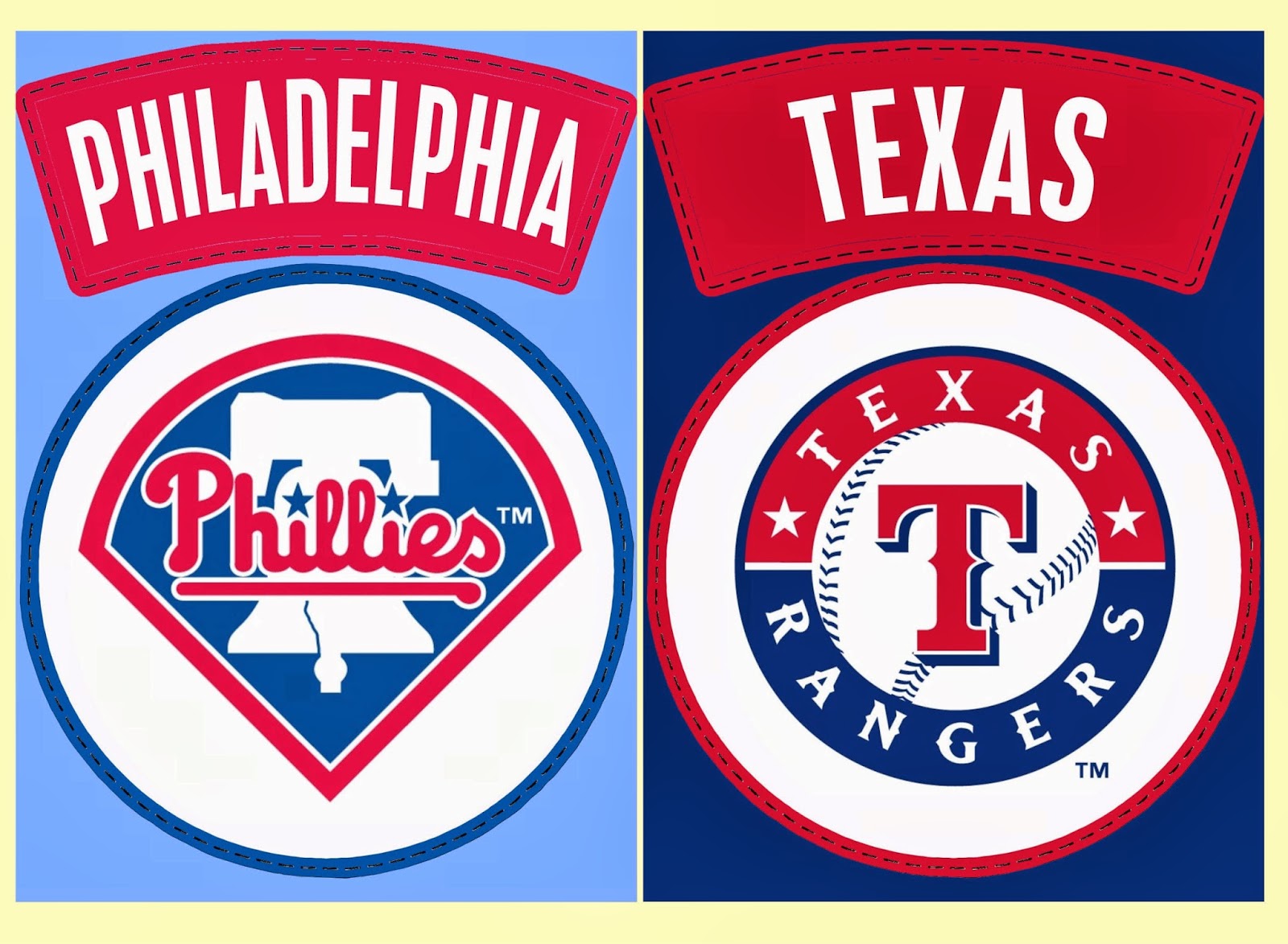 At the Ballpark:  All fans 21 and older will receive a Budweiser Opening Day magnetic schedule this afternoon.  Wednesday night features Nolan Ryan beef dollar hot dogs.  I'm not sure why Nolan Ryan's name is attached to this particular promotion, I'm only reporting the happenings.

1988 Topps Appreciation:  Get ready for a whole season of glorious 1988 Topps cards in these series preview posts, as I look at cards featuring the Phillies and their opponents that have some sort of Phillies connection.

Mike Maddux is entering his sixth season as the Rangers pitching coach, and if the team is smart they won't let him leave anytime soon.  Maddux has has constant success in Texas as he's mentored a whole host of young arms including the trio that will face the Phillies in this series.

Mitch Williams and Pete Incaviglia were teammates with the Rangers prior to reuniting on the glorious 1993 Phillies team.  Pitcher Greg Harris signed as a free agent with the Phillies in 1988, after spending  the prior three seasons as part of the Rangers pitching staff.
Posted by Jim at 1:05 PM