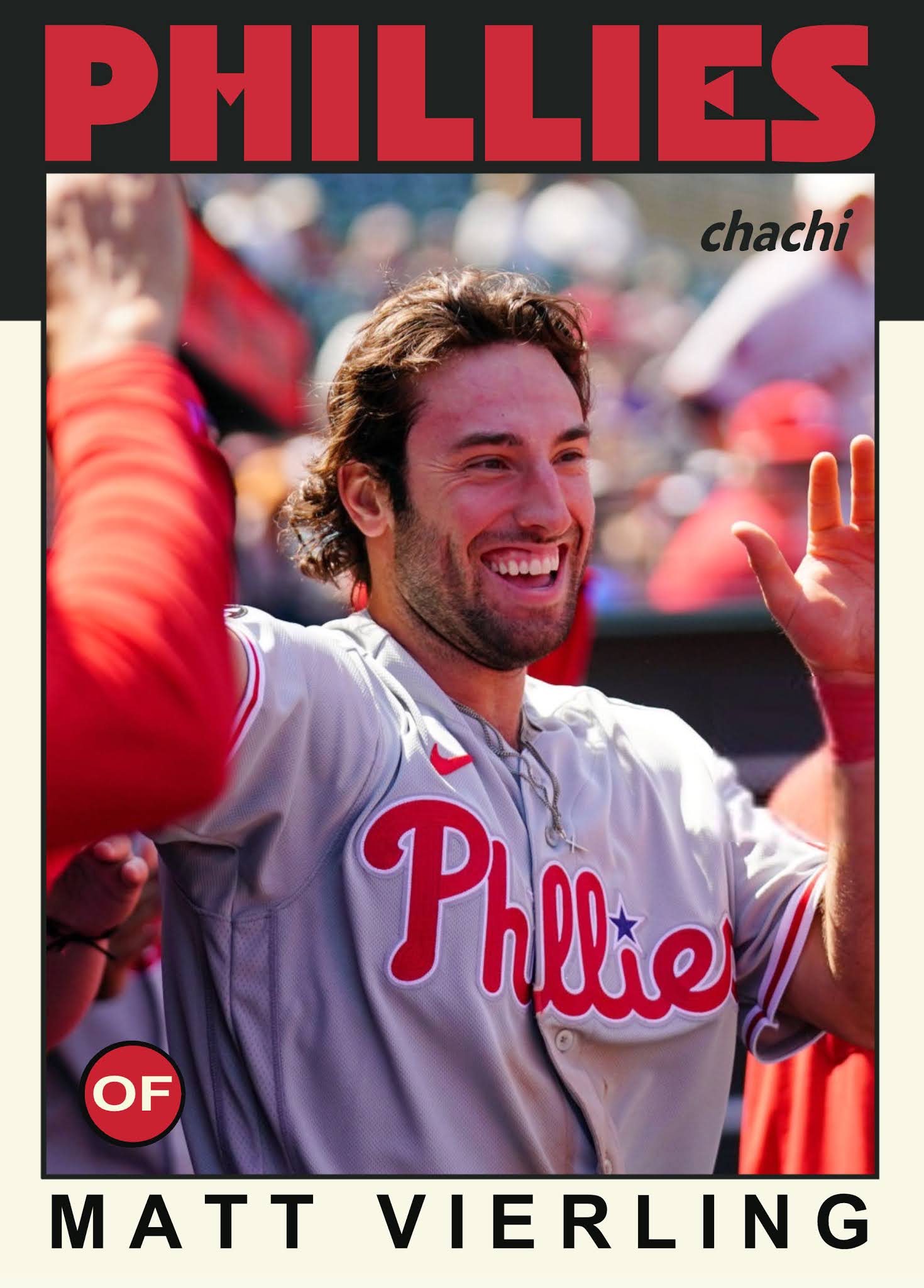 4 - Vierling baseball cards in my collection per The Phillies Room Checklist as of 6/20/21.

Matt Vierling impressed during spring training as a non-roster invitee and began the 2021 season with the Double-A Reading Fightin Phils.  His .345 average and six home runs in 24 games in Double-A earned him a promotion to Triple-A Lehigh Valley, where he appeared in only three games, batting .417 (5 for 12).  When Matt Joyce landed on the injured list with a bad back, the Phillies selected Vierling's contract, adding him to their 40-man roster.  In his big league debut on June 19th, he collected a pinch-hit, a stolen base and his first run.
2021 Virtual Phillies Wall / 2021 Season Summary Index / 2021 Chachi Set Checklist
Posted by Jim at 7:00 AM