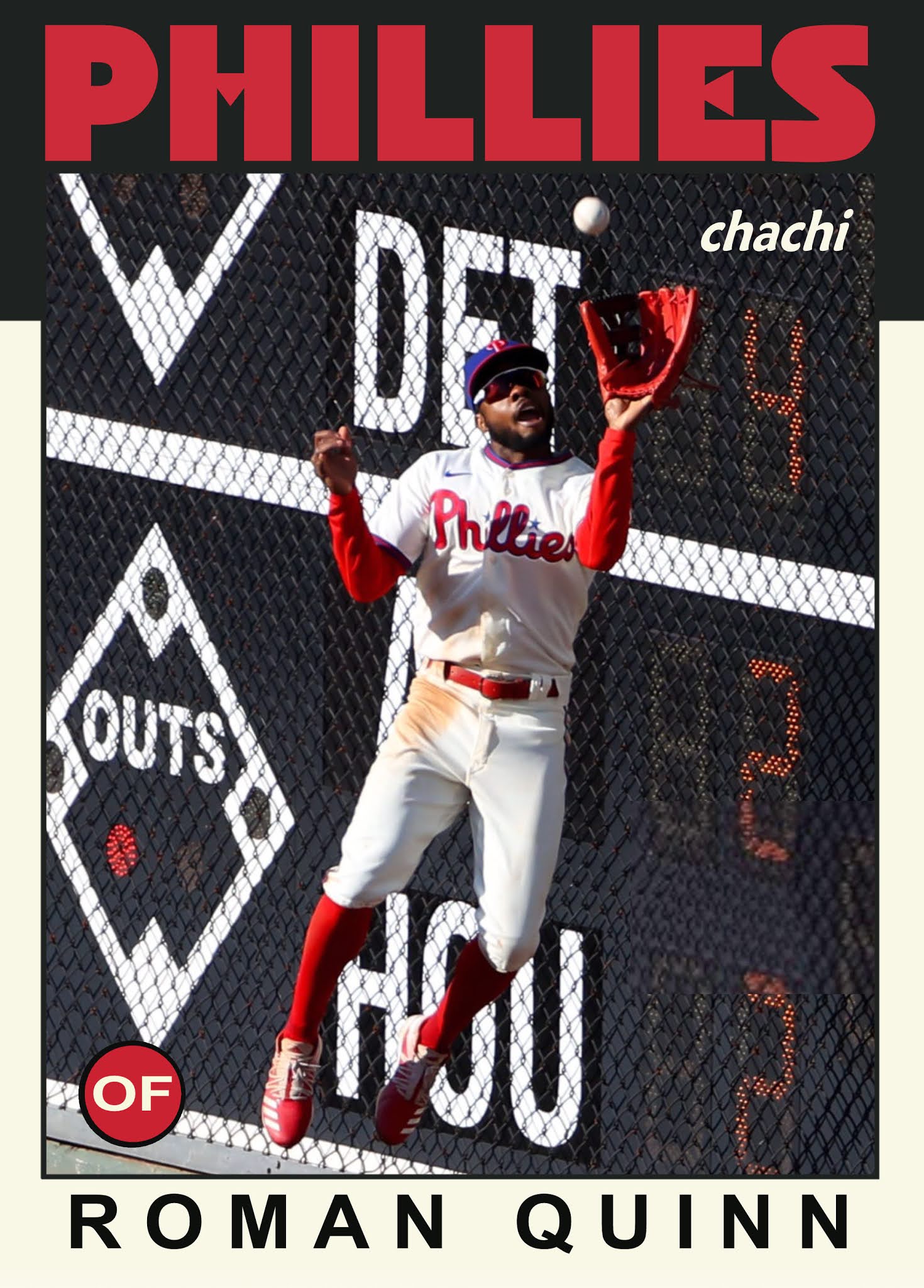 71 - Quinn baseball cards in my collection per The Phillies Room Checklist as of 4/22/21.

Roman Quinn was active for 48 of the Phillies' 60 games last season, so he has yet to play a full season without losing time to injury.  He was on the injured list three times in 2019 and he missed most of 2017 with a left arm injury.  He's always been a favorite in our household, and we're still pulling for him at The Phillies Room HQ.

I'm again surprised at the number of Quinn's baseball cards in my collection, but then again he's been appearing on prospect and minor league cards since 2012.

Like the card because of DET on the scoreboard.