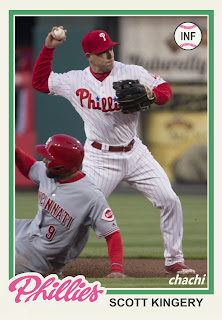 First Mention on The Phillies Room:  January 12, 2017 - In a sure sign that we're inching closer to spring training, the Phillies announced 15 new additions to the non-roster invitee list yesterday.  I had originally missed the addition of left-handed pitcher Cesar Ramos, as he was signed to a minor league contract back on January 5th.  The majority of these players spent the bulk of 2016 within the Phillies organization, and the most notable name on the list is top prospect J.P. Crawford.

Here's a run-down of the now 20 players who will be wearing numbers in the 70s and 80s when camp breaks in February.