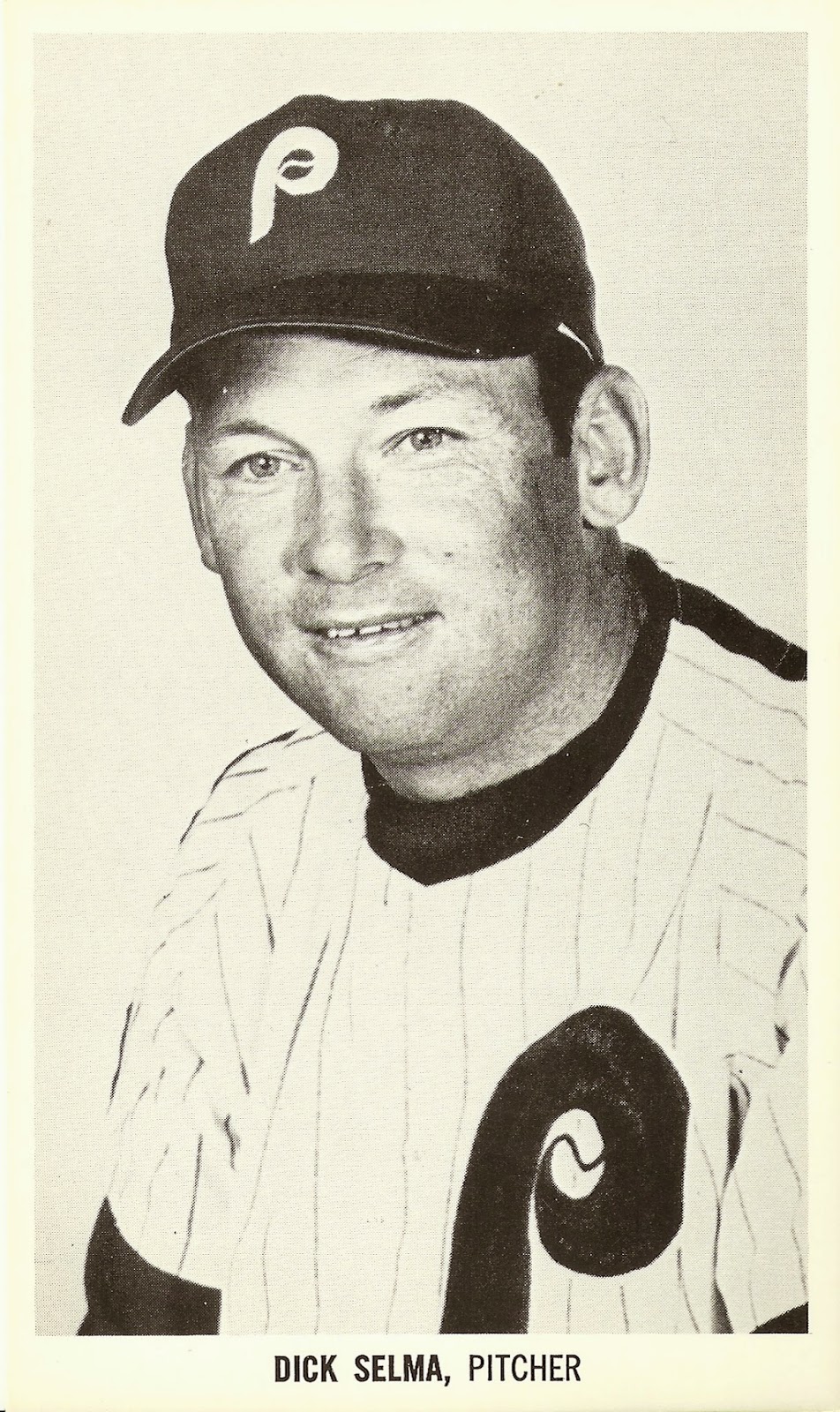 Number of Cards:  40
Card Size:  3 1/4" x 5 1/2"
Description:  As was the case with all Phillies photocards issued throughout the 1970s, these cards feature a black and white photo with the players' name below.  Unlike the rest of the Phillies photocards issued throughout the 1970s, the players' position is also included on these cards.  The backs of the cards are blank and there's no indication on the cards themselves that they're from 1970.

Short-time Phillie Laxton receives his only Phillies baseball cards in this set.  Parrilla, who appeared in 11 games for the 1970 Phillies also has a card in the 8" x 10" set issued by the team (see below).  The First Appearance designation is for players who have never before appeared within a Phillies team issued set.  These players may have already appeared on other Phillies baseball cards. 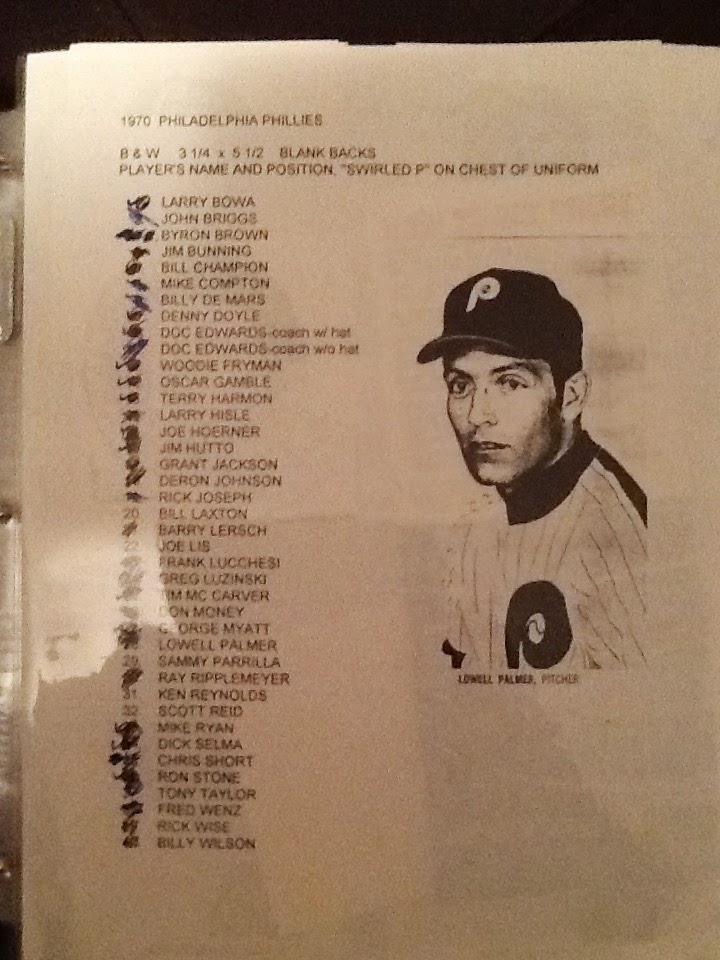 Variations/Rarities:  There are two versions of the Edwards card.  One featuring him with a hat, and one featuring him without a hat.  I'm not sure which is more prevalent than the other, so I've listed them both above as part of the main checklist.

Also See:  1970 Topps Phillies
Trivia:  According to entries found at The Trading Card Database and Beckett.com, there was also a 12-card "Picture Pack" set issued in 1970 containing cards measuring 4 1/4" x 7".  And again per The Trading Card Database, a 26-card set containing 8" x 10" black and white cards featuring a portrait and a posed photo of each player was also released.

Resources:  As far as I can tell, there's no other record or checklist of this set available online.  Phillies collector Rick (@rickphils) was kind enough to send along the scan shown here, which is what I used to compile the checklist above.
Posted by Jim at 7:00 AM

Although the team's on-the-field performance was no better than the previous year, there were a lot of new things going on with the Phillies in 1970.

1. New uniforms (which were to accompany the opening of Veterans Stadium that year. The Vet got pushed back 1 year.)

Bowa was the first piece of the 25-man puzzle that would win the World Series in 1980.

Hmm... I had forgotten that Myatt and DeMars stayed on from the previous regime to coach for Lucchesi.