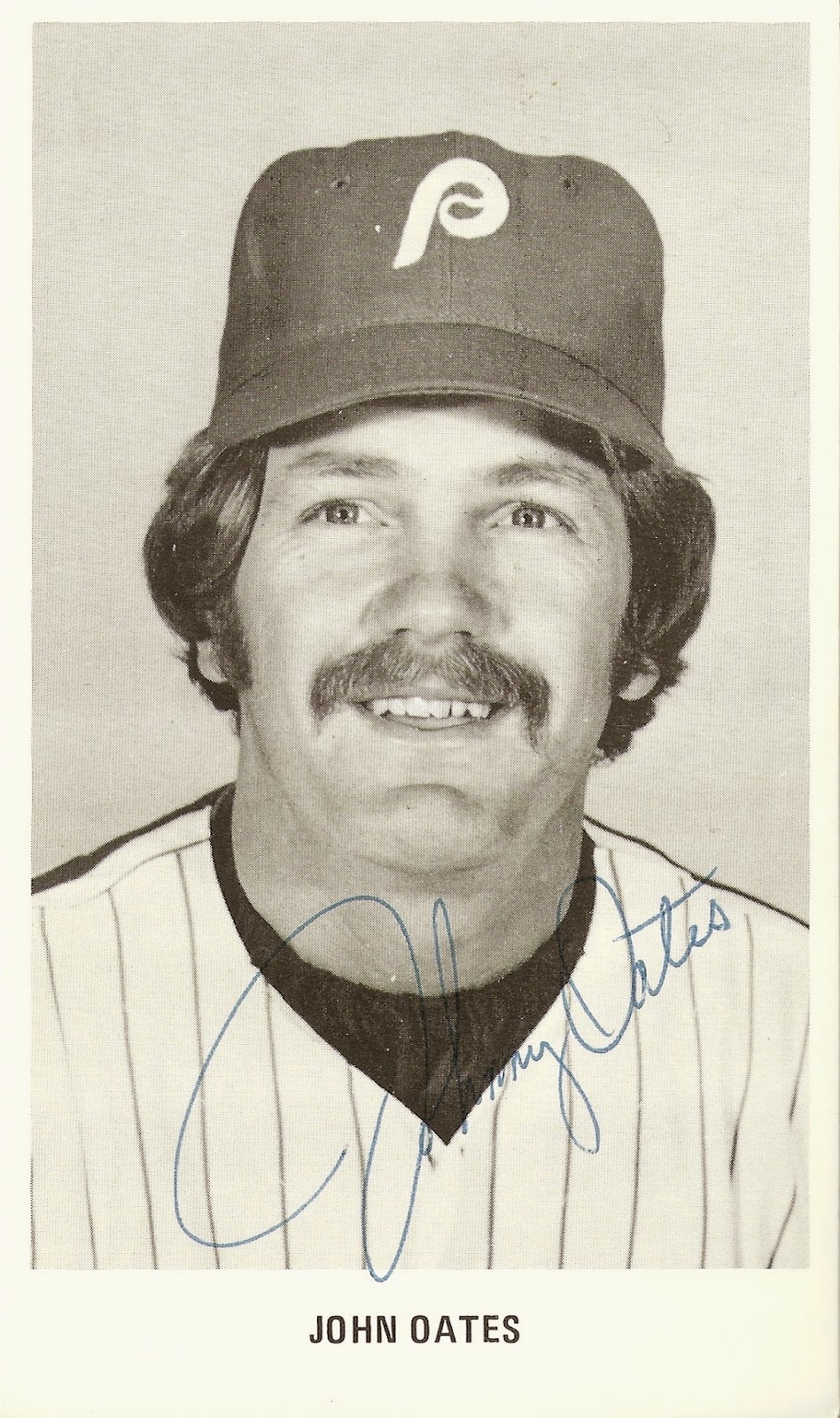 Number of Cards:  39
Card Size:  3 1/4" x 5 1/2"
Description:  As was the case with all Phillies photocards issued throughout the 1970s, these cards feature a black and white photo with the players' name below.  The backs of the cards are blank and there's no indication on the cards themselves that they're from 1975.  Some of the cards contain blue facsimile autographs, as noted on the checklist below.

It should be noted that the one card from this set in my collection (to date) features an actual autograph from Johnny Oates.  The original Oates card was distributed without an autograph - facsimile or legitimate.

This set is only hope of finding Phillies baseball cards for Acosta, Bannister and Hahn.  Acosta's card (click here) is particularly interesting to me, as his 1973, 1974 and 1975 Topps cards feature a relatively clean cut pitcher while his card in this set features '70s hair gone wild.

Variations/Rarities:  According to the set's entry at The Trading Card Database, there's a Johnstone variation featuring him kneeling in lieu of the standard portrait photo.  Per Rick's comment below, there's also a Cash card available with no autograph.
Also See:  1975 Phillies Photo Album
Trivia:  I found the Oates card featured here through an eBay search for "Phillies Postcard."  It was only through the awesome photos provided at The Trading Card Database for this set that I was able to identify these cards as being from 1979.  Collector Dave Sosidka uploaded the checklist and scans of all cards to the databse back in 2011.

The Beckett.com entry for this set lists only 31 cards and omits the cards for Acosta, Martin, Oates and Ruthven.  The set's entry at The Trading Card Database omits the Essian, Hahn, Montanez and Rogodzinski cards but I've added them here per Rick's comment below.
Resources:  The Trading Card Database; Beckett.com; Phillies collector Rick (@rickphils)
Posted by Jim at 7:00 AM