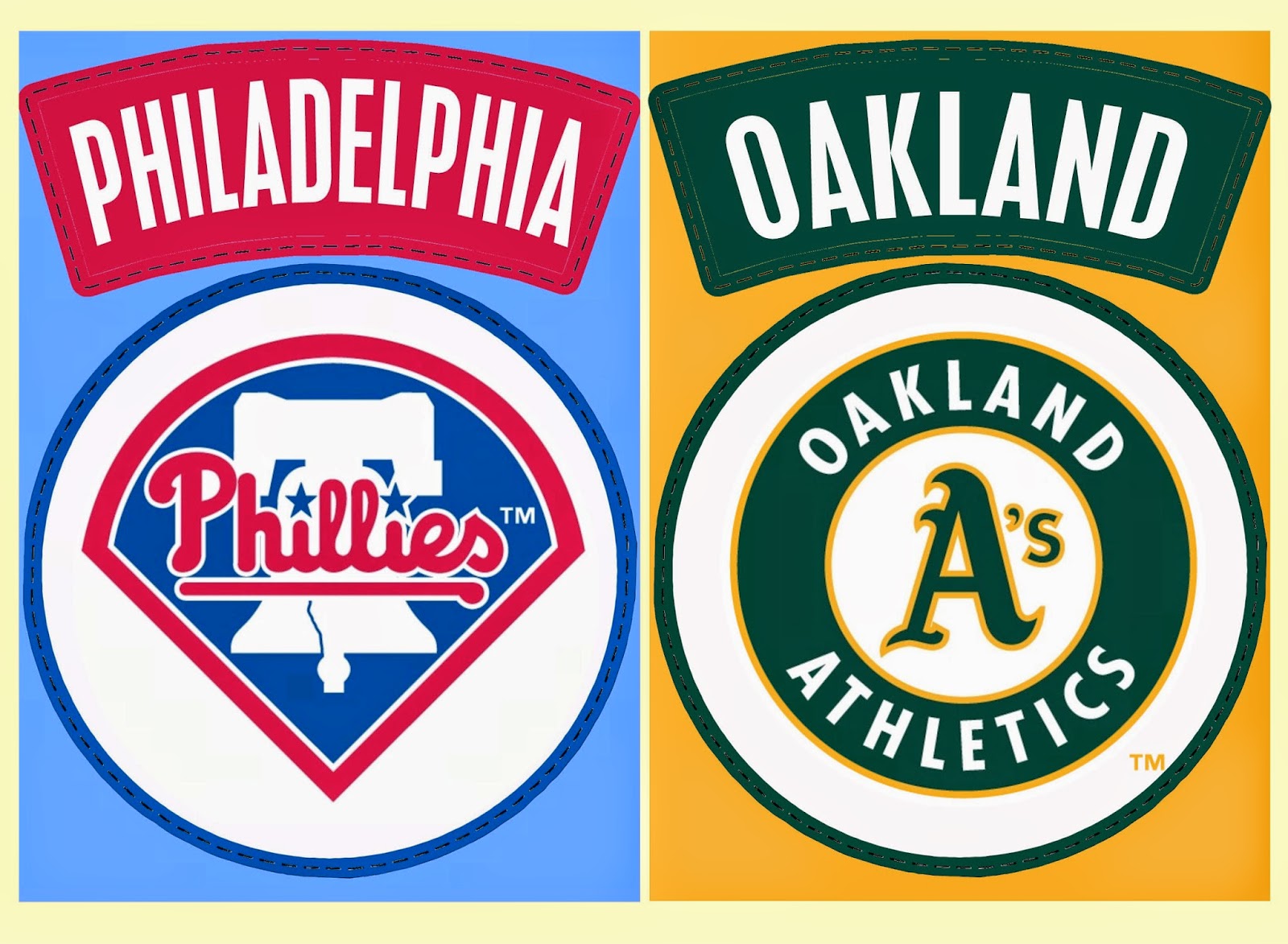 At the Ballpark:  First of all, the A's stadium is called O.co Coliseum?  When did that happen?

1988 Topps Appreciation:  It's a whole mess of A's for this installment of 1988 Topps Appreciation.  At the time these cards were released, only Dave Stewart was already an ex-Phillie, having pitched for the Phillies for parts of the 1985 and 1986 seasons, only to be released in May 1986.  Stewart would go on to finish in the top four of the A.L. Cy Young voting for the next four seasons, and he'd help lead the A's to the 1989 World Championship.  (And we think the current management team makes bad decisions!)

The next three guys - Steve Henderson, Steve Ontiveros and Dwayne Murphy - had all left Oakland by the time they became an A.L. powerhouse in the late 1980s/early 1990s.

Ontiveros appeared in 11 games for the Phillies in injury-plagued 1989 and 1990 seasons.  He'd bounce back somewhat and actually make the All-Star team in 1995 during his second stint with the A's.  Murphy wrapped up his 12-season career with 98 games for the 1989 Phillies, hitting .218.

Henderson is the Phillies current hitting coach, a position he's held since last season.  It will be interesting to see if there's any shake-up with the team's current coaching staff following the season.  It's never the hitting coach's fault that a team just can't hit, but there's no doubt the Phillies offense might benefit from a different voice.
Posted by Jim at 8:35 PM

i'll be there sunday!

Dave "Smoke" Stewart--I remember the Phillies had been trying to get him for at least a year from the Dodgers. Then they finally did and let hime go after a bad start to the 1986 season, and he went on to become one of the best players on the 3-time AL Champion A's. Sigh.