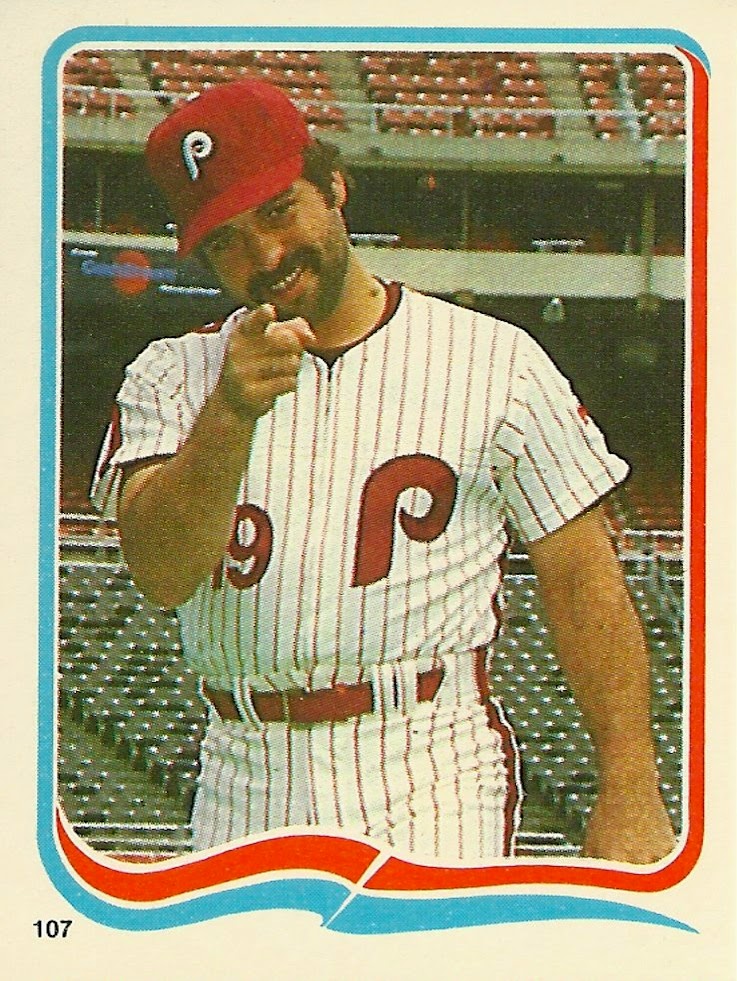 One Sentence Summary:  The Padres easily defeated the Phillies, 7-3, taking advantage of another shaky outing from Kyle Kendrick and the punchless Phillies bats.

What It Means:  To avoid the 89 loss season accomplished in 2013, the Phillies need to go 4-5 the rest of the way.  Having missed the .500 mark, this now seems like a reasonable goal.

What Happened:  Kendrick allowed three runs on six hits and five walks in his five innings of work.  The offense added two meaningless runs in the ninth, and overall went 4 for 11 with runners in scoring position.

Featured Card:  I've been spending a lot of time with my 1985 Phillies binder, as I'm in the planning stages for the 2015 Chachi set.  Because the team has been playing craptastically lately, and because no one from the current roster really merits a featured card for this post, here's a sticker of Mr. T himself, Al Holland.

He's seemingly looking right at you, the Phillies fan, and saying, "Hang in there champ.  Nine more games of this nonsense and then it's time to shuffle the deck in the offseason."
Posted by Jim at 7:00 AM

Email ThisBlogThis!Share to TwitterShare to FacebookShare to Pinterest
Labels: 1985, Holland

My concern (and pardon me if I've stated it here before) is that Phillies leadership sees a 74-88 record as having turned the corner from last season's 73-89 record and says "No need to change anything". I'll take 90 loses if it reduces the likelihood of that even one iota.