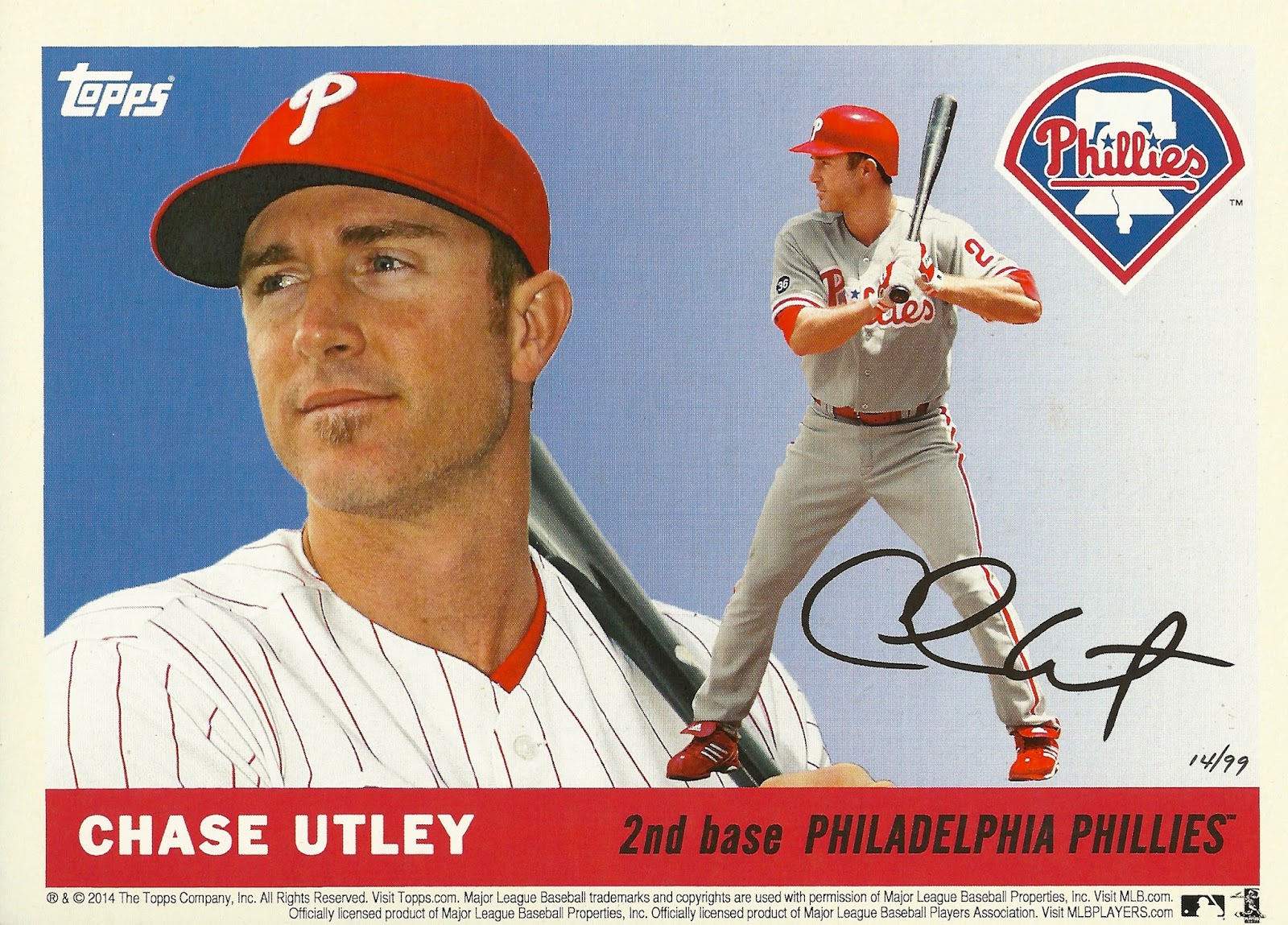 One Sentence Summary:  Ryan Howard laced a single down the right field line to score Marlon Byrd and give the Phils a dramatic, come from behind, 7-6 win over the Mets.

What It Means:  It was Howard's second walk-off RBI this week, and the third time in six days he had played a huge role in a come from behind win.

What Happened:  Kyle Kendrick was once again hit early and often.  He departed after five innings with the Phillies trailing 6-1.  But the Phils pecked away, led by Chase Utley's two run triple and Domonic Brown's two run double.  (The Phils probably would have only been down 4-1 if Brown hadn't completely misplayed a fly ball in the third.)

With the Mets leading 6-5 in the bottom of the 9th, Cody Asche led off with a double and pinch-hitter Byrd singled him home to tie up the game.  Byrd stole second and came around to score the winning run on Howard's big hit.

Featured Cards:  Despite Howard's key hit, I wanted to feature an Utley card to celebrate that he came within a double of the cycle in this game.  I'm slowly showing off each of the Topps 60th Anniversary cards available in team set form from the Topps website, and this is Utley's card from the set.

Transaction:  The ranks of the 2014 Phillies grew by one yesterday when the Phillies claimed right-handed pitcher Jerome Williams off waivers from the Rangers.  Williams is a combined 2-5 with a 6.71 ERA this year with the Astros and Rangers.  He'll most likely start on Tuesday night against the Angels.  Yikes.  His last major baseball card can be found within 2013 Topps, card #466.

To make room for Williams on the roster, Sean O'Sullivan was designated for assignment.
Posted by Jim at 7:00 AM

And Utley could have had that cycle perhaps had Byrd not stolen second in the ninth with Chase batting, thus allowing the Mets to walk Utley to get to Howard. And then game over--but in a good way! It was a rare fun game from this bunch, and it's just nice to be able to watch a win.

I'm loving these big 60th Anniversary cards in their 5x7 glory. I took advantage of the Topps.com 20% off sale a couple weeks ago to get them and a couple other items I had been thinking about at the site. Thanks for the initial tip on the cards several weeks ago!

Glad I could help! I'm hoping Topps does the same thing next year with their '56 design.