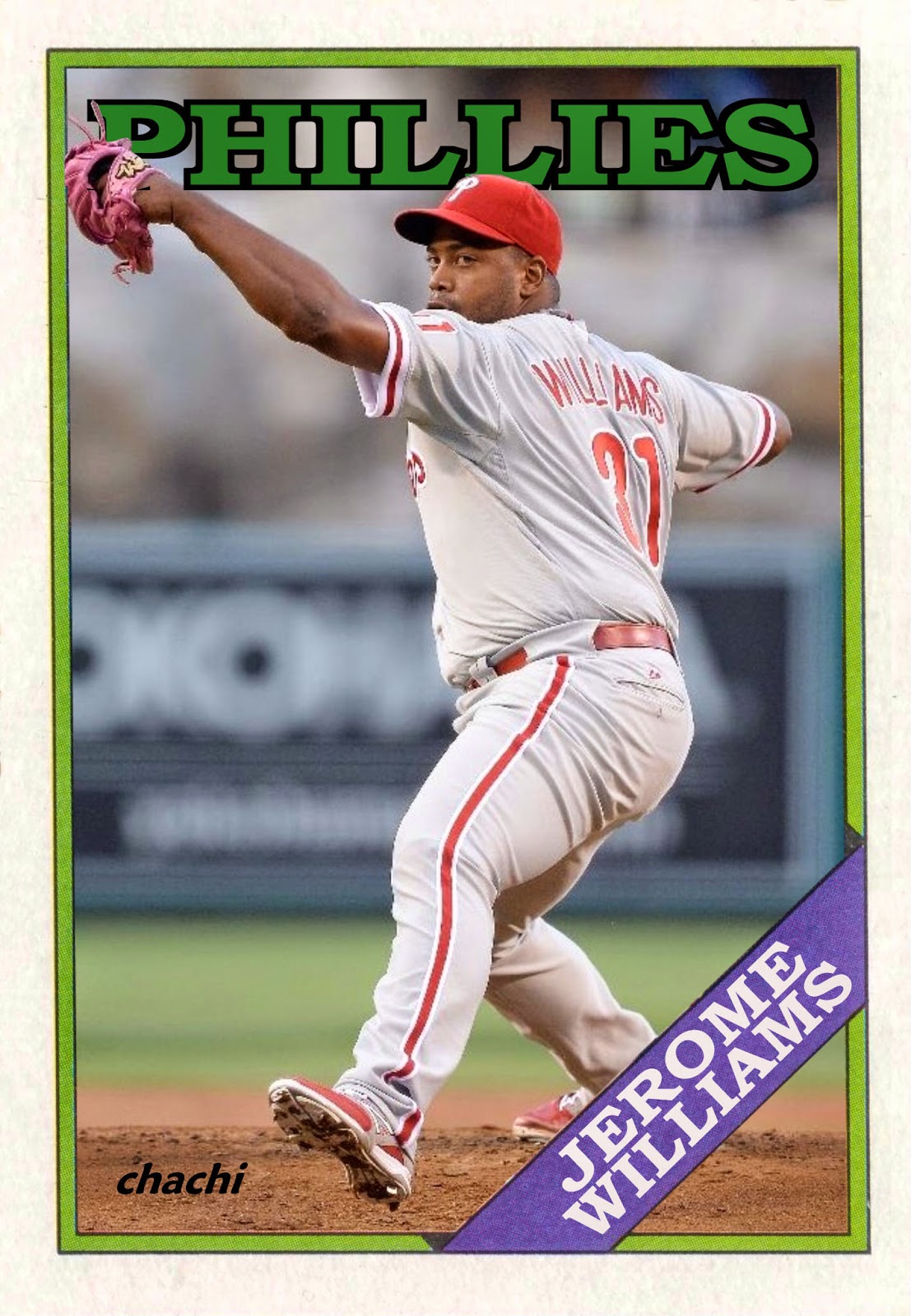 One Sentence Summary:  A seven-run sixth inning, aided by a Marlon Byrd gaffe in right field and Antonio Bastardo's latest poor outing, led to a 7-2 Angels victory over the Phillies.

What It Means:  BASTARDO!!

What Happened:  Had Byrd caught Collin Cowgill's fly ball with two outs in the sixth, the inning would have ended with the game tied 2-2.  Instead, he overran the ball, a run scored and four more runs would score against Bastardo before the inning mercifully ended.

Featured Card:  Jerome Williams became the ninth pitcher to start a game for the Phillies this season.  He did relatively well, pitching five shutout innings and only running into trouble in the sixth.  Here's the back of his 2014 Chachi card:

Phillies Cards in My Collection:
None, and I doubt there will ever be any.