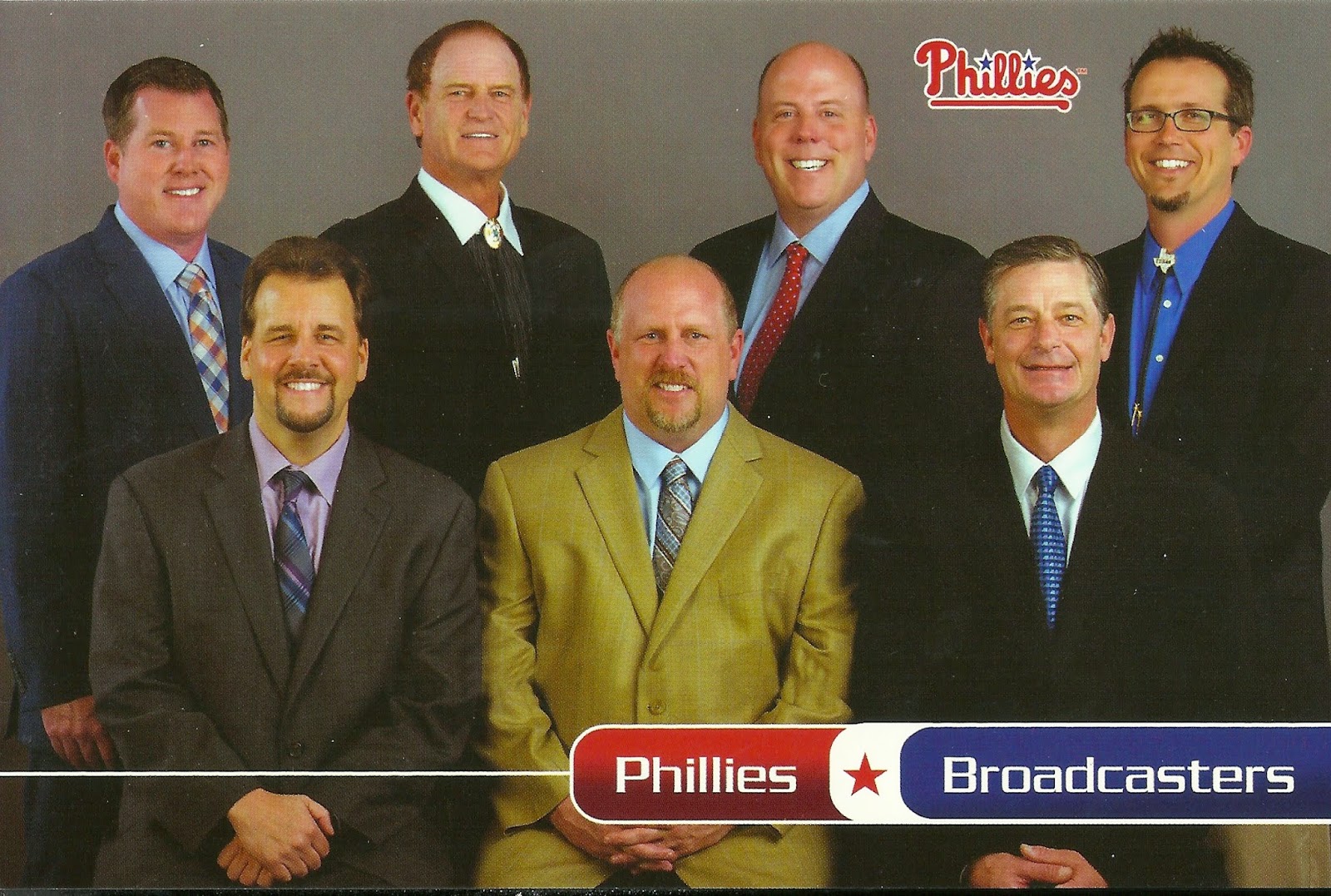 One Sentence Summary:  The Phillies couldn't overcome another shaky first inning from Kyle Kendrick, as the Braves won the series opener, 4-2.

What It Means:  Per a troubling Tweet from Todd Zolecki, the Phillies have lost five of their last seven since their five-game winning streak, and they're hitting .148 with runners in scoring position in those games.

What Happened:  Kendrick allowed three first inning runs and then settled down to pitch through the eighth inning.  He actually ended up throwing a career high 123 pitches.  Ben Revere had three hits, including his fifth triple of the season.

Featured Card:  In a gimmicky move by the Phillies television broadcast team, Tom McCarthy, Jamie Moyer and Matt Stairs broadcast the game from seats in the center field bleachers.  McCarthy just happened to be at the exact right place, with his glove on, when Freddie Freeman hit his three-run first inning home run.  Unbelievably, McCarthy caught the ball and then was coaxed (by Moyer) into throwing the ball back.

I'll admit, I've listened to the TV crew a lot more this year than the past five or six years combined and McCarthy is actually starting to grow on me.  This is the broadcasters' card from this year's team issued set.

Transaction:  Prior to the game, catcher Carlos Ruiz was placed on the seven-day, concussion-related disabled list and catcher Koyie Hill was selected from Lehigh Valley.  Ruiz was plunked in the helmet with a pitch in Thursday night's game.  Hill will eventually bill card #54 in the rapidly expanding 2014 Chachi set.
Posted by Jim at 2:00 PM

Because of Stairs' central position in the photo, and his contrasting suit color (relative to all the others), it infers that he is the "principal" broadcaster in the group.

What do the bolo ties worn by Andersen and Franzke infer?

That the TV crew should be wearing them also? :)