One Sentence Summary:  Chase Utley ended a very long night of baseball with a walk-off, two-run home in the bottom of the 14th to give the Phillies a 5-3 win.

What It Means:  The win pulled the Phils out of the N.L. East cellar (again) and gave them a four-game series split with the Marlins.

What Happened:  First of all, the win would not have been possible without seven strong innings from Cole Hamels and another seven strong innings from the incredibly impressive Phillies bullpen.  Hamels' only blemishes came in the form of three solo home runs.  Justin De Fratus pitched the final two innings of the game for the win.  The bullpen's ERA of 1.10 since June 2nd is the best in baseball. 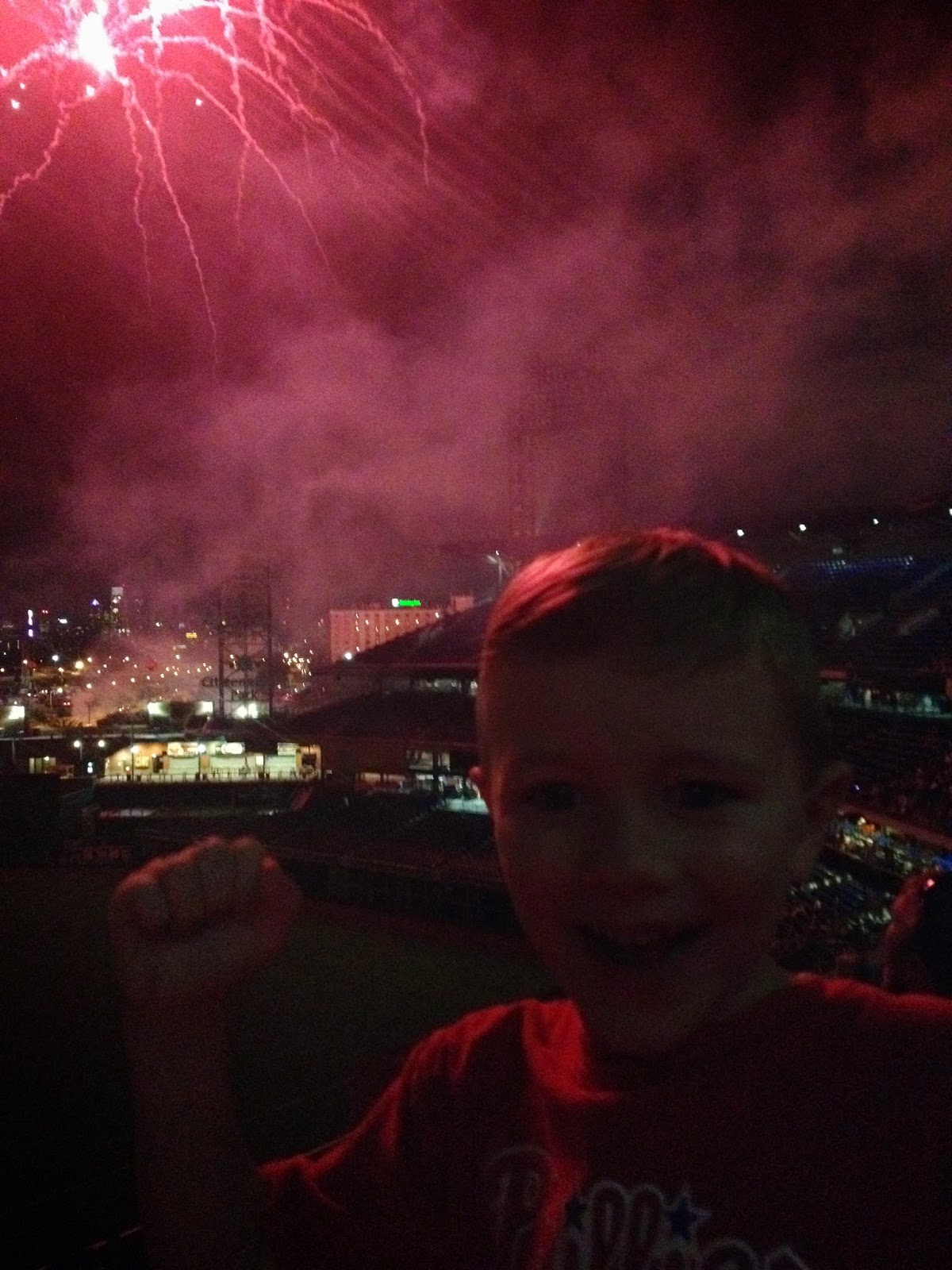 Second of all, the win would not have been possible without the stellar infield defense provided by Utley and Cody Asche.  Asche saved the game with a leaping catch of a line drive in the top of the 14th.

Featured Card:  Third of all, Chase Utley, you are the man!  This is his 1984 Donruss-inspired Diamond Kings card from the 2014 set.

Field Report:  My oldest son Doug and I went to this game, and I'm proud to report that we both lasted all 14 innings and stayed for the post-game fireworks show.  We both had a blast and this is a game that neither of us will soon forget!  Other highlights of the game for us included me giving Doug an introductory lesson in keeping score and picking up a free Cliff Lee figurine with the purchase of a $10 yearbook.

Email ThisBlogThis!Share to TwitterShare to FacebookShare to Pinterest
Labels: 1984, 2014, Utley

How long did he keep at keeping score?

We quit after 10 innings. The Phillies scorecard only goes to 10 innings, and we would have needed to use the margins for the 11th through 14th innings.

And we were tired.

Ten innings is a great effort!
Next time you'll have to find a card that goes past ten.

Wonder where you could get one of those...

I'll be better prepared next time!