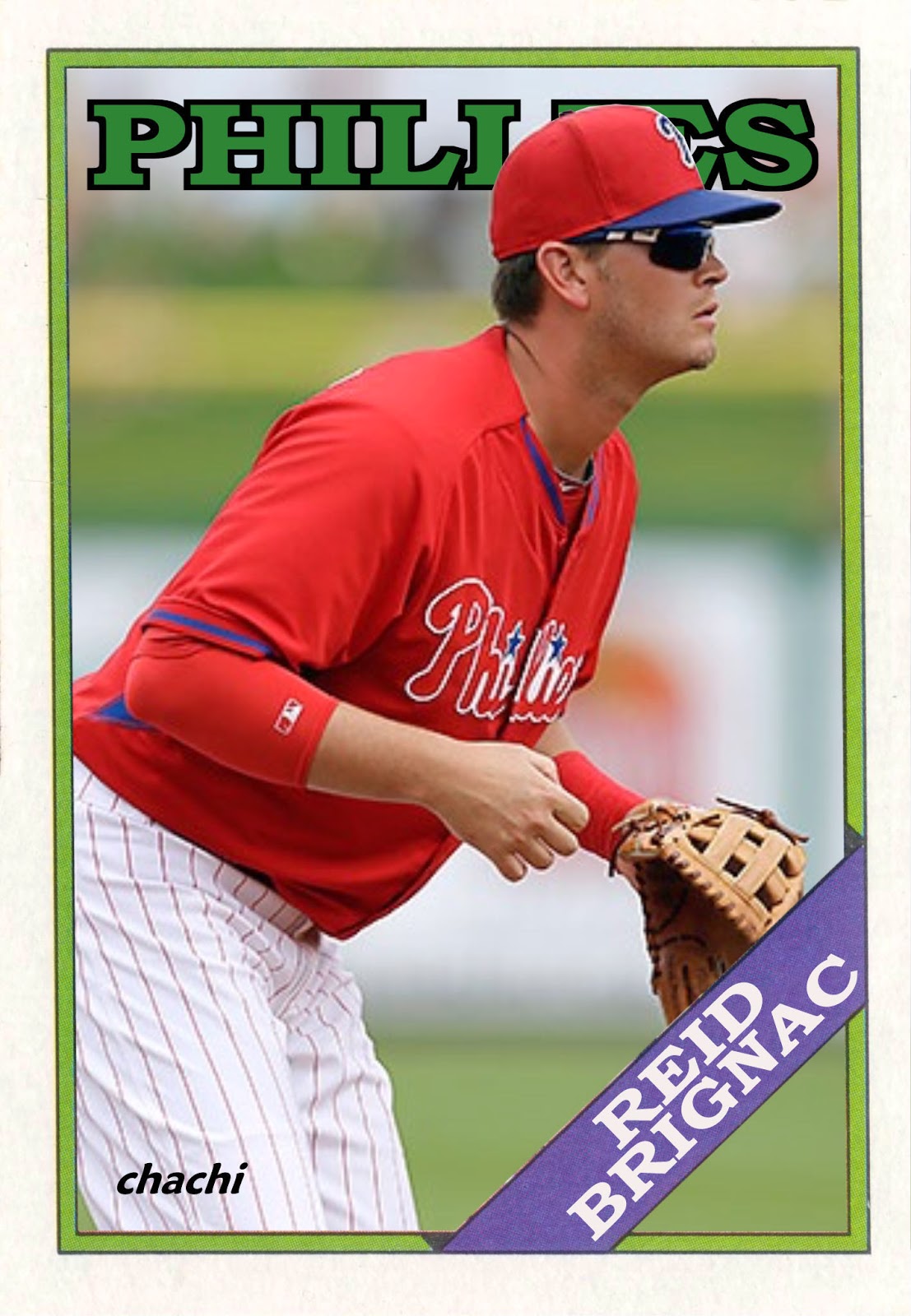 One Sentence Summary:  Reid Brignac lined a single to left to score the winning run in the bottom of the 14th, securing a 6-5 win for the Phillies.

What It Means:  It meant I was sleepy Saturday morning as for some reason I stayed up and watched this entire game - all five hours and 23 minutes of it.

What Happened:  A.J. Burnett didn't have his best stuff, but he turned in a decent outing, allowing five runs over seven innings while striking out 11.  The bullpen was strong, throwing seven scoreless innings capped by two scoreless frames from Justin De Fratus.

Marlon Byrd reached in the bottom of the 14th when Mets right fielder Chris Young dropped his fly ball.  He moved to third on Carlos Ruiz's fourth hit of the night and came into score on Brignac's big hit.

Featured Card:  I would have liked to have given Brignac a stand-alone post to debut his Chachi card, but since Topps and The Shlabotnik Report have yet to produce a Brignac Phillies card, this is all I have with which to work.  Here's the back of Brignac's debut Chachi card:

Phillies Cards in My Collection:
There are no Phillies cards yet for Brignac.