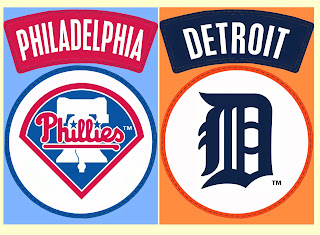 At the Ballpark:  The first 10,000 fans will receive a Tigers rally towel tonight, and there will be fireworks after the ballgame.  There's also fireworks following Saturday's game and all kids will receive a Baseball Card Magnet Frame on Sunday.

1973 Topps Flashback:  Second baseman Tony Taylor spent 11 1/2 seasons in Philadelphia before getting dealt to the Tigers in June 1971 for pitching prospects Carl Cavanaugh and Mike Fremuth.  (Neither ever made it to the Majors with the Phillies.)  Then Tigers manager Billy Martin was happy to have Taylor join the Tigers, saying at the time that he was going to use Taylor around the infield and as an occasional fill-in for regular first baseman Norm Cash.

Taylor wasn't thrilled about leaving the Phillies or his home and he was immediately dejected when told of the trade by Phillies manager Frank Lucchesi.  Taylor would play three seasons in Detroit, batting .269 in 217 games, before returning to the Phillies for good following the 1973 season.

Interesting that Tony Taylors card is airbrushed even though he had been with the Tigers since 1971.

Biggest pick up for the Tigers from the Phillies over the years has to be getting Willie Hernandez for the 1984 team. The Phillies signed Lance Parrish a few years later that was the first player to leave those 1980s Tigers teams. Only other trade between the teams I can think of is acquiring Placido Polanco for Ugueth Urbina around 2005. Tigers definetly got the better end of that deal, but the Phillies did get Polanco back.

I actually thought Taylor's logo looked airbrushed, but I couldn't imagine why Topps would use an old Phillies picture for his card. I should have known better . . .