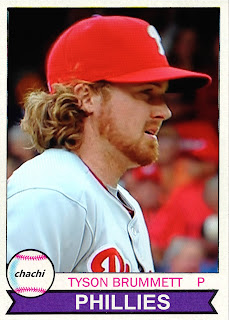 One Sentence Summary:  The Phillies closed out their 2012 season with a lethargic loss to the division champs.

What It Means:  The team's streak of nine straight winning seasons is over.  The last time the Phils finished with an 81-81 record was back in 1984 under manager Paul Owens.  Hopefully, the 2013 Phillies will have more success than the 1985 squad that finished with a 75-87 record under new manager John Felske.

What Went Wrong:  The offense had another rough day, going 0 for 6 with runners in scoring position.  Nate Schierholtz (3 for 3) and Kevin Frandsen (2 for 4) tried their best, but it wasn't enough.  Cliff Lee finished the season with a 6-9 record after allowing three runs on eight hits in six innings of work.

The first move of an upcoming busy offseason was the dismissal of three coaches.  Bench coach Pete Mackanin, hitting coach Greg Gross and first base coach Sam Perlozzo did not have their contracts renewed.  Ryne Sandberg is expected to take one of the open positions unless he ends up with a manager's job next season.

Featured Cards:  After Jonathan Papelbon suffered through his latest and final flame-out of the season, righty Tyson Brummett made his Major League debut and recorded the final two outs of the eighth inning.  He became the eighth player to make his debut this season, which is the most for the Phils since 15 players debuted in 1996.  With Brummett's Chachi card produced, the only cards remaining from the 2012 Chachi set are some team leaders cards and the set's checklist.