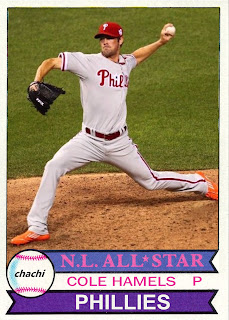 One Sentence Summary:  Cole Hamels threw his second straight shutout on the way to his 13th win of the season and a 4-0 Phillies win.

What It Means:  The Phils won their first ever game at the new Marlins ballpark and increased their lead over the last place Marlins to a game and a half.  It's the little things.

Jimmy Rollins scored a pair of runs and he tied Larry Bowa for the most games played at shortstop for the Phillies with 1,730.