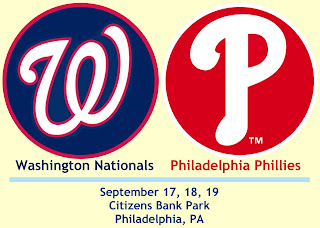 Former Phillie Cal McLish passed away last month at the age of 84.  He's featured here as the Expos' first pitching coach under manager Gene Mauch.  (Also featured is former Phillies' coach Dave Bristol.)  McLish finished his 15-season Major League career with three seasons with the Phillies from 1962 until 1964.  Primarily a starting pitcher, McLish went 24-17 in 66 games with the Phils, compiling a 3.68 ERA.  Following his playing days, Mauch added him to the Phillies' coaching staff in 1965 and 1966, and he served as a Phillies' scout in 1967 and 1968.  When Mauch became the first manager of the Expos, he brought McLish with him and McLish coached with the Expos until Mauch's dismissal in 1975.
I'm very disappointed with the back of this 1974 Topps card as it doesn't feature McLish's full name.  On the back of this card (and on the back of the 1973 Topps' Expos manager and coaches card), McLish's name is listed as Calvin Coolidge McLish.  However, his full legal name was actually Calvin Coolidge Julius Caesar Tuskahoma McLish.  You can look it up.
Nationals Probables: Jason Marquis, Jordan Zimmerman, Yunesky Maya
Phillies Probables: Roy Oswalt, Kyle Kendrick, Joe Blanton

Kendrick and Oswalt swapped their spots in the rotation, to allow Charlie Manuel to pitch the Big 3 (Roy Halladay, Cole Hamels and Oswalt) against the Braves in their upcoming series starting on Monday night.
Posted by Jim at 12:00 PM

All the sudden this Braves fan has become a Nationals fan! Go Nats - bust out the broom please!

I guess I have to root for the Mets? I don't know if I can do it.