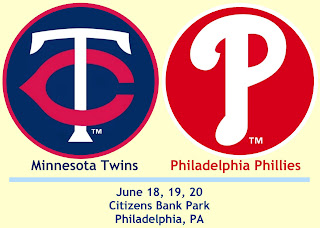 1970 Topps #194 Chuck Manuel
Chuck (now known as Charlie) Manuel was signed by the Twins as an amateur free agent in 1963. He worked his way up through the Twins' minor league system from 1963 through 1968, eventually making his big league debut on Opening Day 1969. (He pinch-hit for pitcher Ron Perranoski in the 12th inning of a game the Twins would eventually lose, grounding to second off Royals' pitcher Moe Drabowsky.) Billy Martin led the Twins to the AL West pennant in 1969, but the team was swept in the ALCS by the Orioles.
Manuel stuck with the Twins for the entire '69 season and he's featured here on his 1970 Topps rookie card. The back of the card mentions that Manuel "hits with power" despite his low home run totals throughout his professional career. The cartoon is interesting in that it features a blindfolded Manuel happily displaying his bunting prowess. I never would have pegged Manuel as an expert bunter, but there you have it.
He'd play in parts of the next 3 seasons with the Twins, appearing in 223 games and compiling a .199 batting average with 4 home runs. In October 1973, which was a very good month, Manuel was traded to the Dodgers with Glenn Ezell for Mike Floyd and Jim Fairey, ending his Twins career.
Twins Probables: Nick Blackburn, Kevin Slowey, Carl Pavano
Phillies Probables: Joe Blanton, Cole Hamels, Roy Halladay
Posted by Jim at 12:00 PM