1992 Score #426 Tommy Greene
For some strange reason, I have shutouts and no-hitters on my mind this week.
There wasn't a lot to cheer for if you were a Phillies fan back in 1990 and 1991, but at least the Phillies could lay claim to two of baseball's no-hitters during those years. A year after Terry Mulholland threw his no-hitter against the Giants, Tommy Greene accomplished the same feat against the Expos. A whopping 8,833 in attendance at Olympic Stadium on May 23rd witnessed history. Greene pitched the 8th no-hitter in Phillies history, which was followed by Kevin Millwood's gem in 2003 and Roy Halladay's perfect game last night. 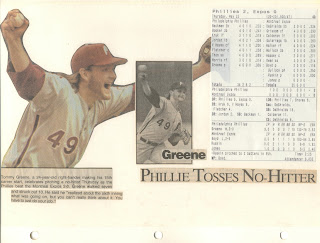 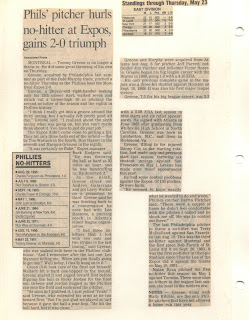