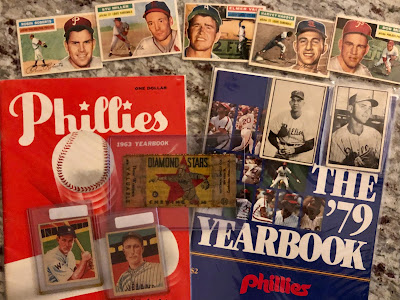 As has become tradition, we spend the day after Christmas at my Mom's house with my sister and her family.  The day is filled with food, way too many presents and a steady stream of laughter.  This year was no different and there were a few different times I was literally out of breath as I was laughing too hard.  In between the food and the laugher and handing out presents, I sat down to open my presents from my Mom and as is also tradition, the gifts were spectacular.  The baseball card/Phillies portion of this year's gifts consisted of the following:
My Mom puts so much thought and care into her Christmas presents for all of us, and she once again outdid herself this year!  I hope Santa brought plenty of new baseball cards for your collection this holiday season and here's to a wonderful, hopeful and healthy 2022! 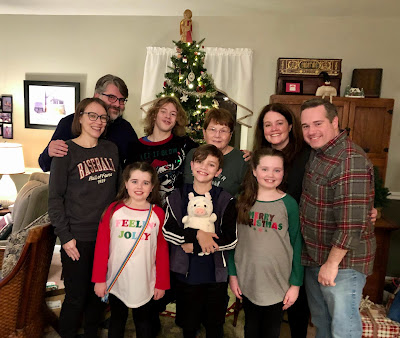 Awesome Christmas you had with your awesome family...awesome post with awesome pictures, too! Thanks for sharing.

Merry Christmas, Jim and family! Amazing presents from your mom, too!