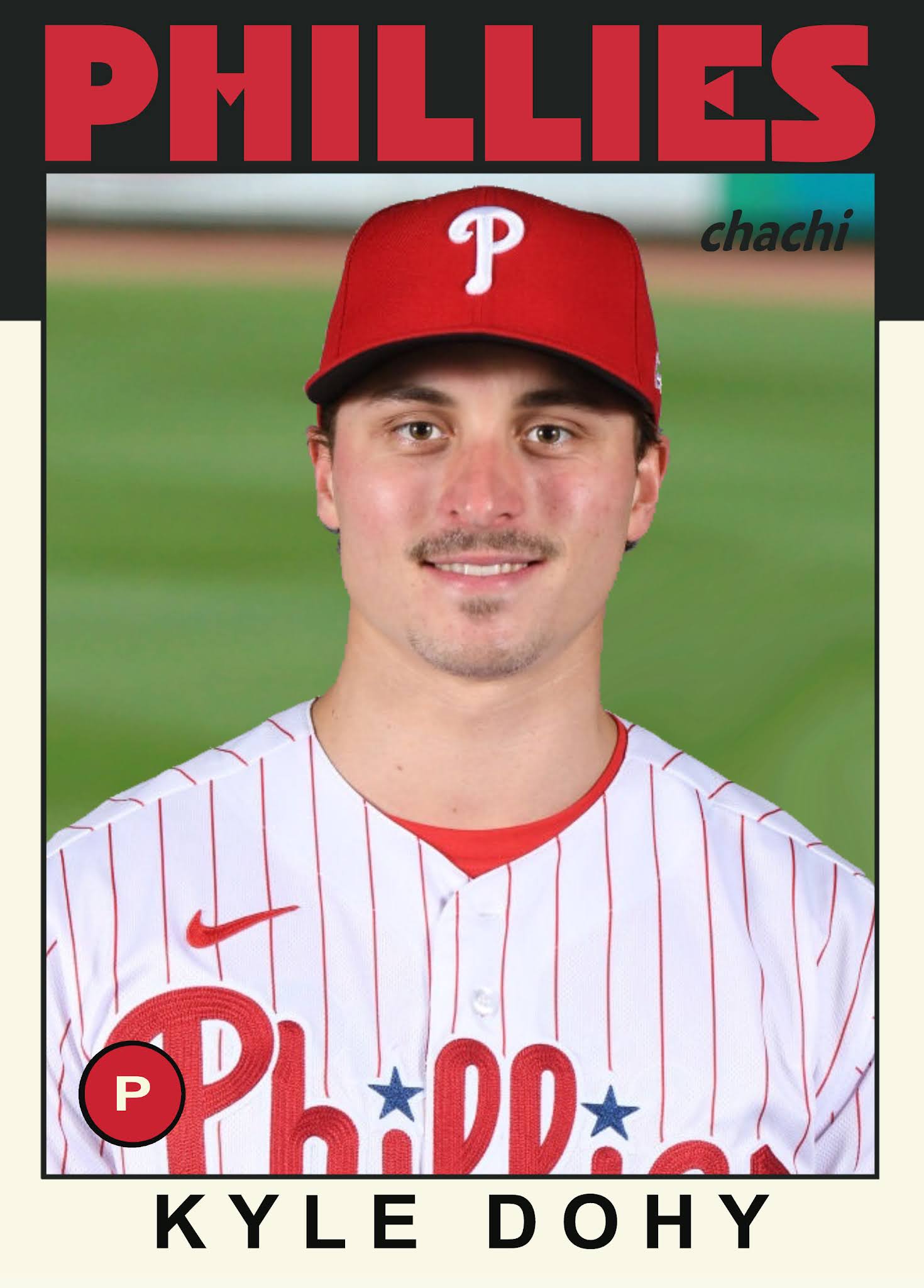 8 - Dohy baseball cards in my collection per The Phillies Room Checklist as of 10/1/21.

Kyle Dohy had his contract selected from the Lehigh Valley IronPigs on September 25th.  Prior to the start of the final series of the season against the Marlins, Dohy had been on the active roster for five games but had yet to make his big league debut.  He's appeared in eight different Phillies minor league team sets dating back to 2017, the year Dohy was drafted.