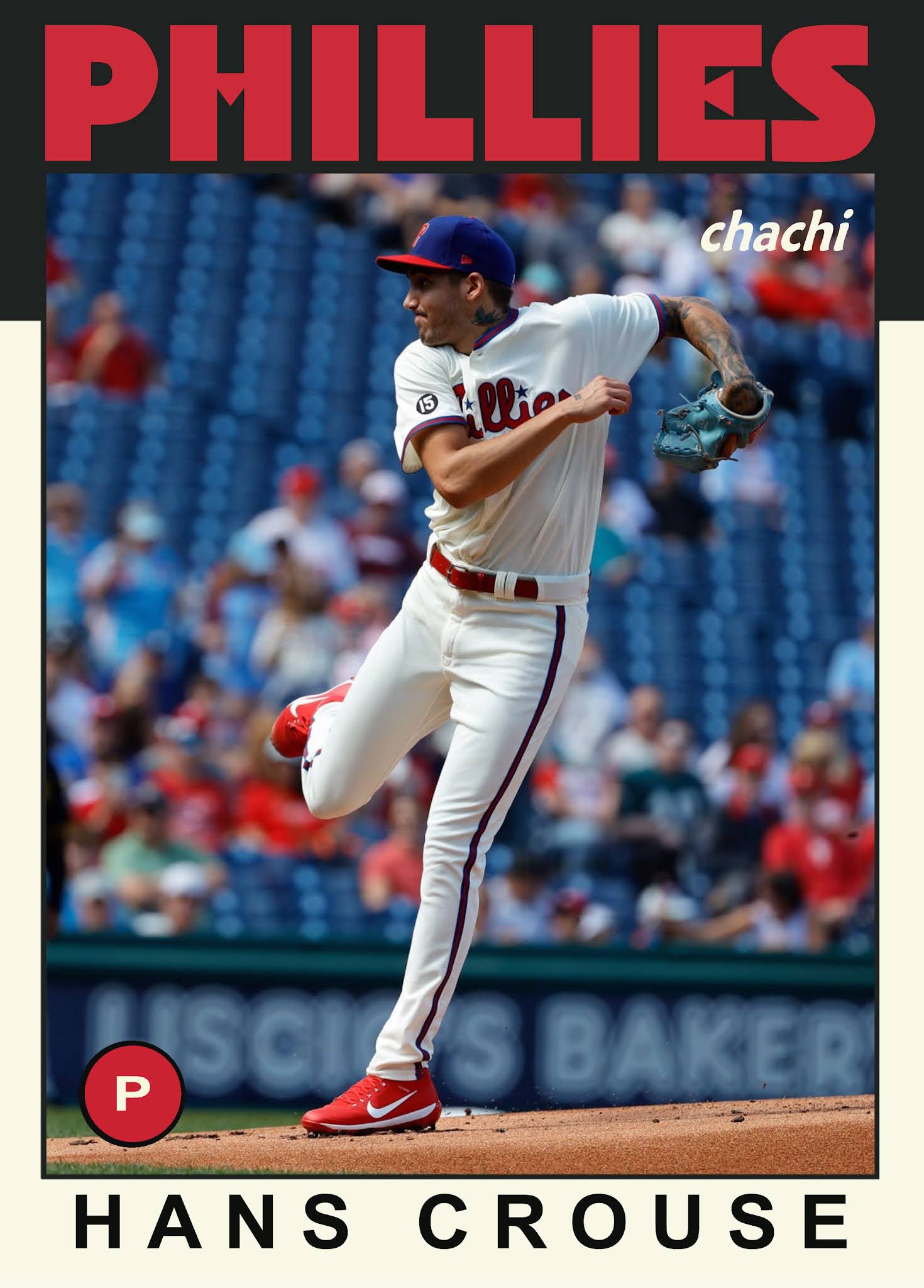 1 - Crouse baseball card in my collection per The Phillies Room Checklist as of 9/26/21.

Hans Crouse joined the Phillies organization from the Spencer Howard trade, and he had been one of the top pitching prospects in the Rangers' system.  He pitched well for Double-A Reading, going 2-2 with a 2.73 ERA over six starts and striking out 38 over 29 2/3 innings pitched.  He made one start for the Triple-A IronPigs and was touched for three runs in 4 1/3 innings.  Crouse was the surprise starting pitcher in the Phillies regular season home finale on Sunday afternoon.  Following the game, I believe my oldest son Doug was the recipient of the first autograph signed by Crouse as a Major League ballplayer as Doug had him sign a foul ball he had tracked down during the first inning.
2021 Virtual Phillies Wall / 2021 Season Summary Index / 2021 Chachi Set Checklist
Posted by Jim at 7:00 AM