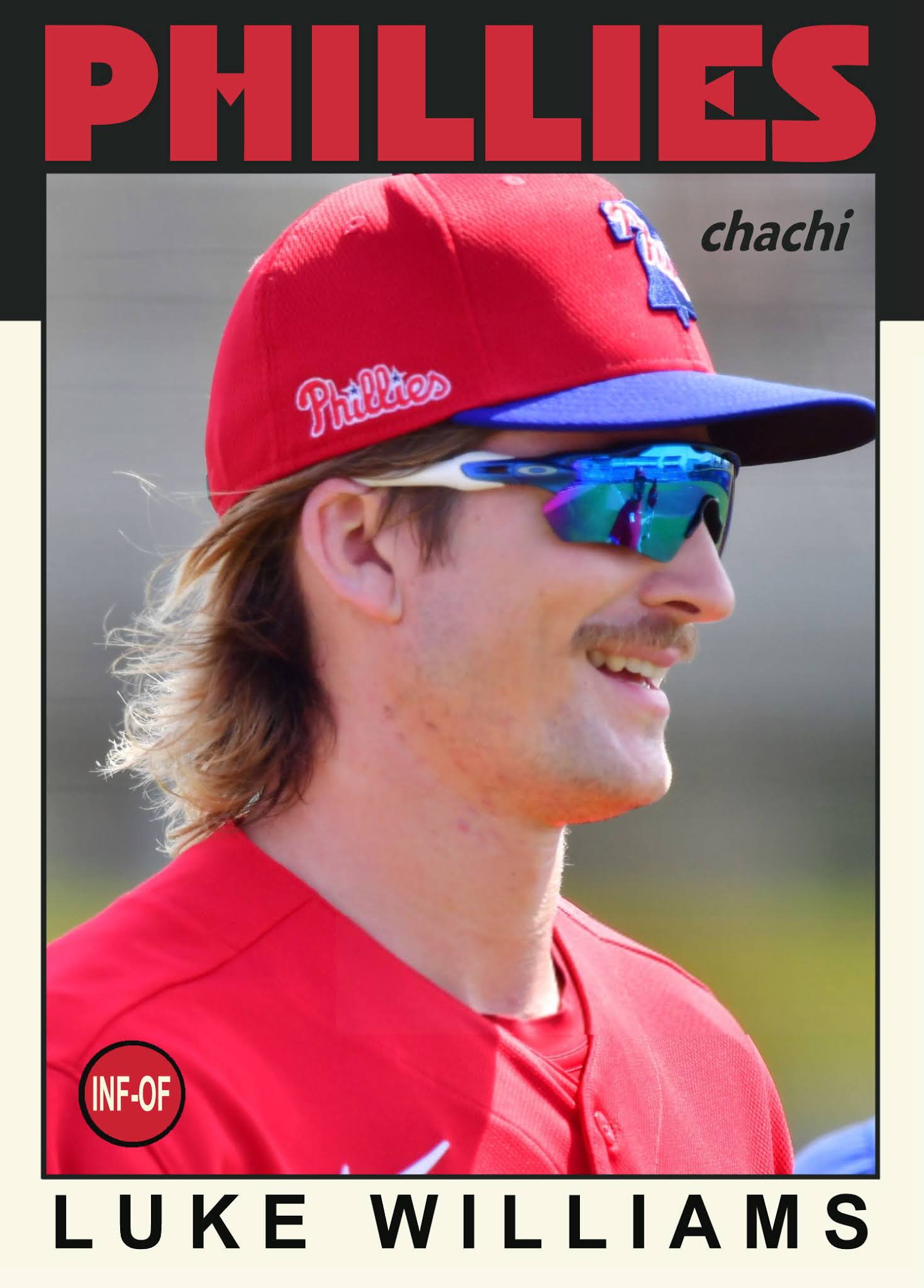 9 - Williams baseball cards in my collection per The Phillies Room Checklist as of 6/11/21.

Not knowing much about Luke Williams, I was immediately impressed by him when he bunted (on his own) down the third base line on the very first pitch he saw in the big leagues because he noticed the third baseman playing back.  In his first start on June 9th, he hit the game-winning home run to give the Phillies a dramatic 2-1 win, becoming the first Phillies player to hit a walk-off home run in his first start.