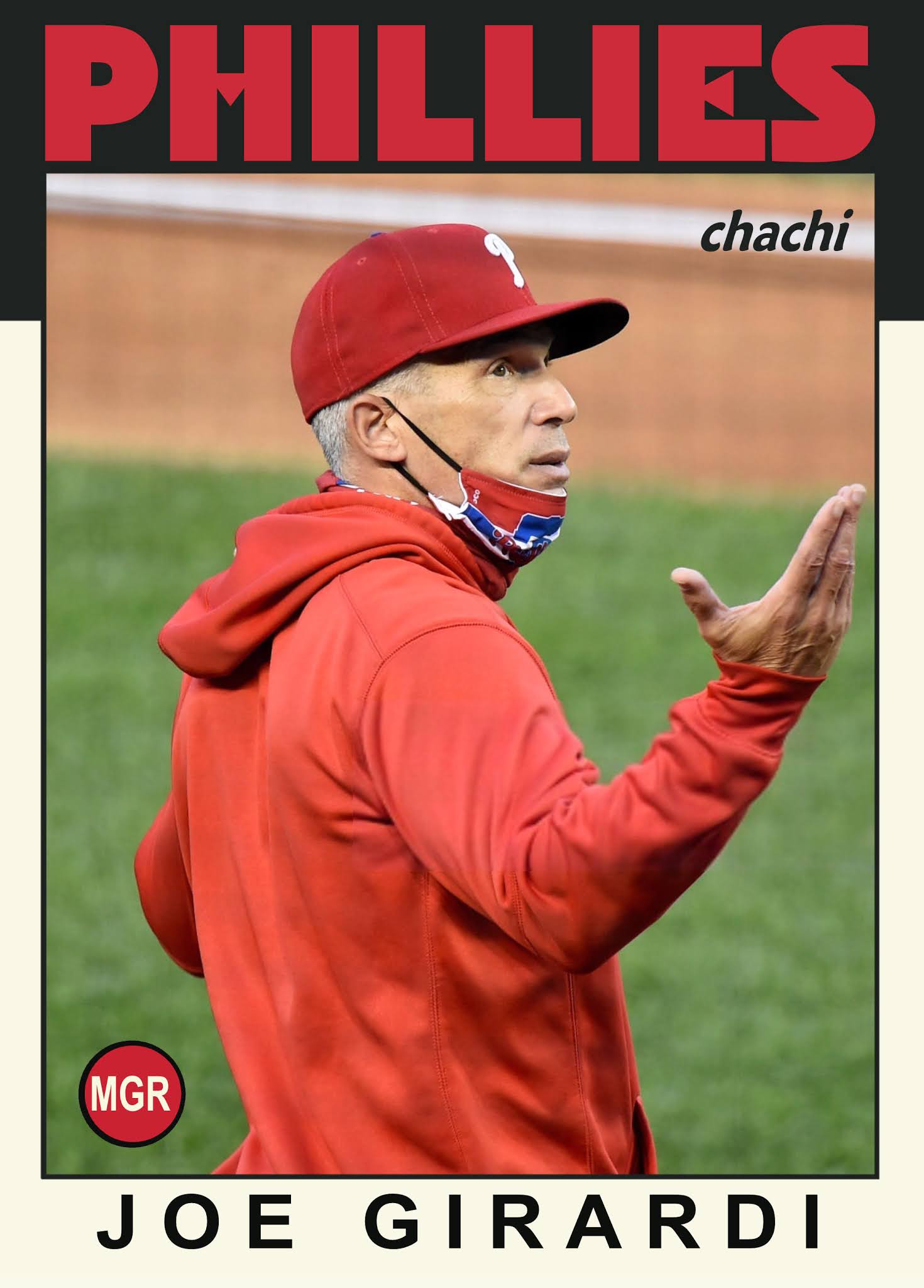 1 - Girardi baseball card in my collection per The Phillies Room Checklist as of 5/13/21.

Girardi will have to wait a little while longer for his first mainstream Phillies baseball card, and for now his Chachi custom cards will have to suffice.  The 55th Phillies manager made his Topps flagship debut in 1990 after his rookie cards had appeared in the 1989 Donruss Rookies, Fleer, Score Rookie & Traded and Upper Deck sets.