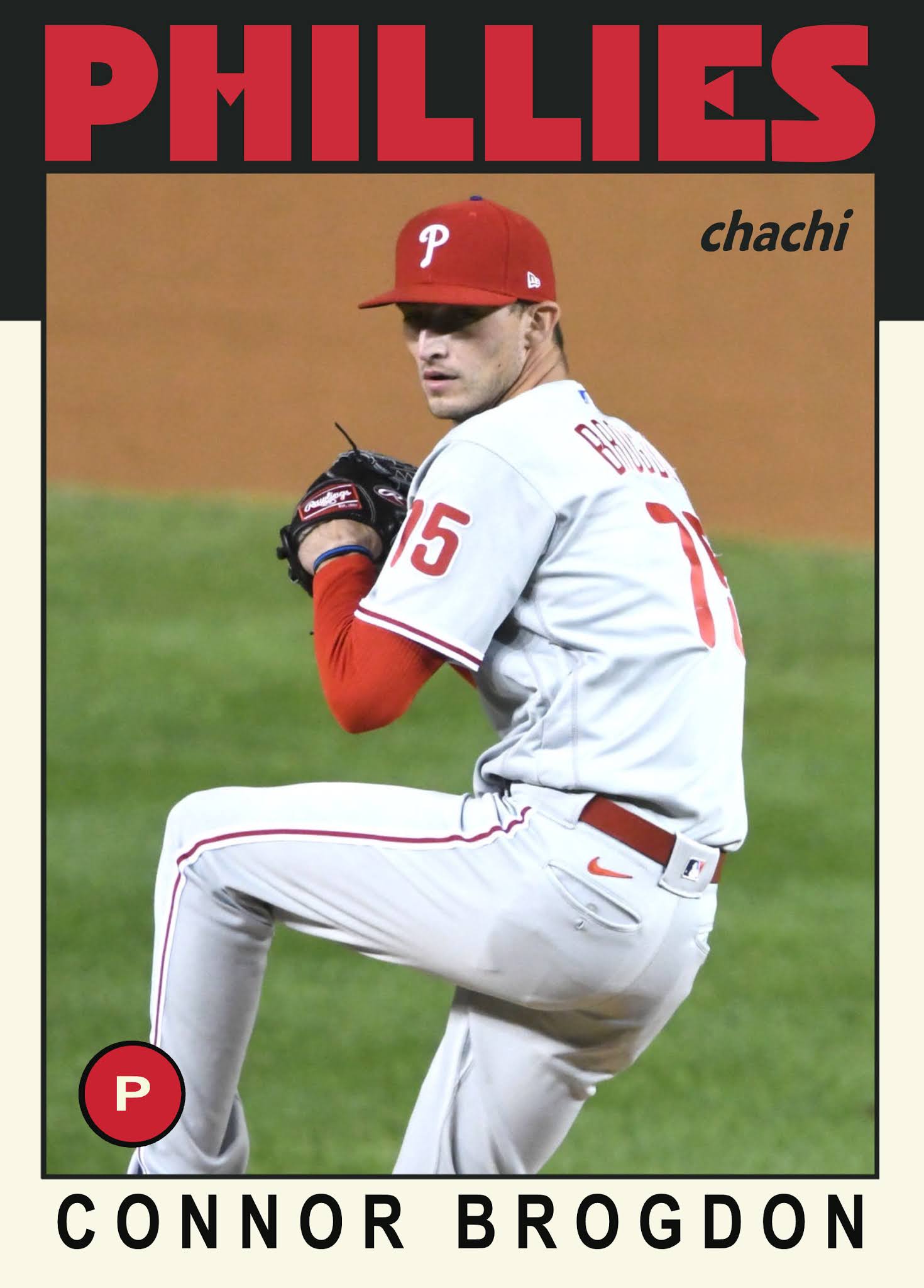 4 - Brogdon baseball cards in my collection per The Phillies Room Checklist as of 5/5/21.

Last season, Connor Brogdon impressed enough during spring training/Summer Camp to be among the first relievers recalled on August 11th when the team need to refresh its bullpen.  He's still working on his consistency, but he's developed into one of the relievers Joe Girardi first calls on in high-leverage situations.

I've only got four of his cards in my collection from four different Phillies minor league team sets from 2017, 2018 and 2019, and hopefully Topps notices him soon.

Wearing #75, he's the third player in team history to wear that number, joining the ranks of Jim Crowell (2004) and Miguel Alfredo Gonzalez (2014).