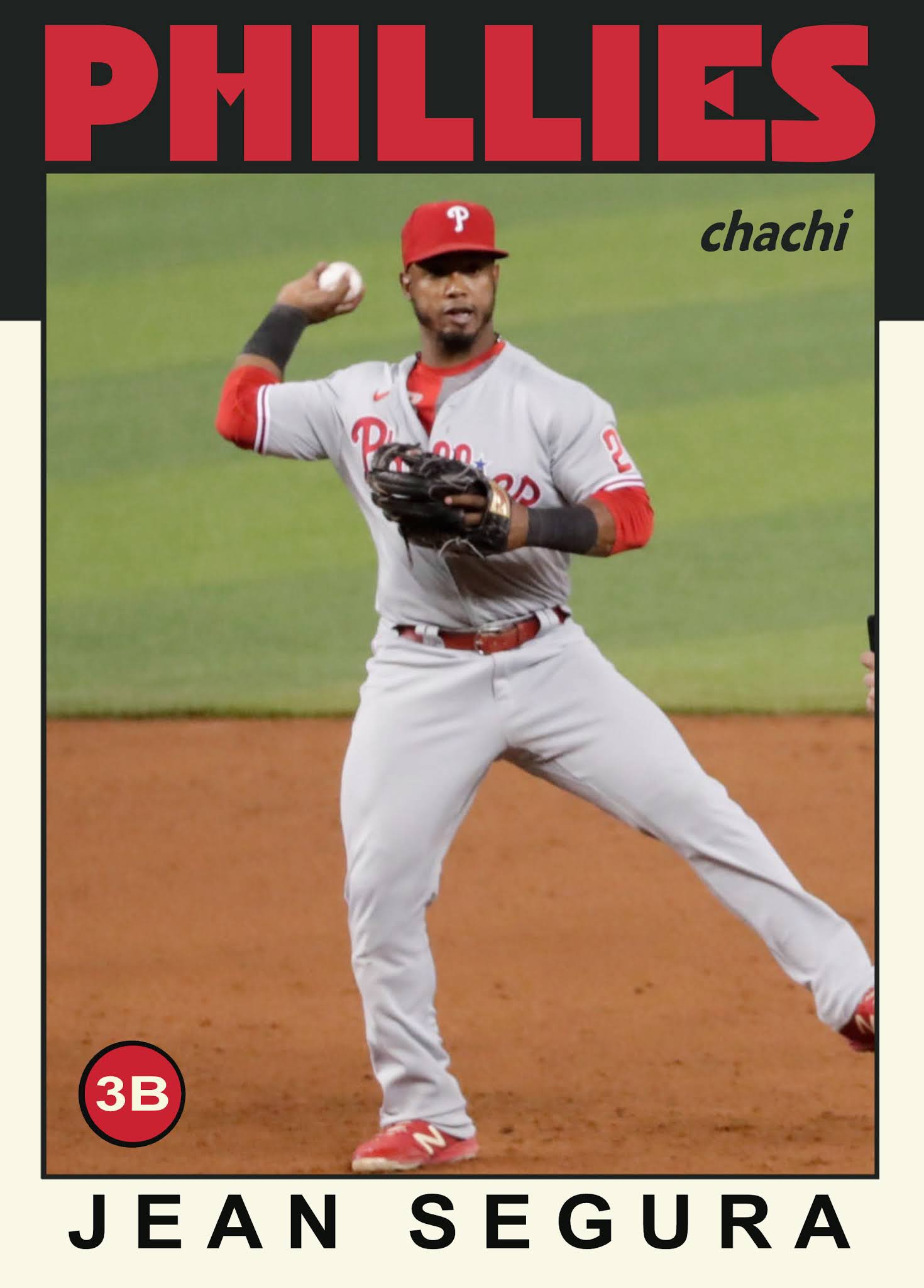 33 - Segura baseball cards in my collection per The Phillies Room Checklist as of 4/11/21.

The well-traveled infielder has readily available baseball cards featuring him with each of the five teams he's played with during his career so far.  Even though he only played one game with the Angels, his original team, he appears on a number of Bowman sets in an Angels uniform throughout 2010, 2011 and 2012.