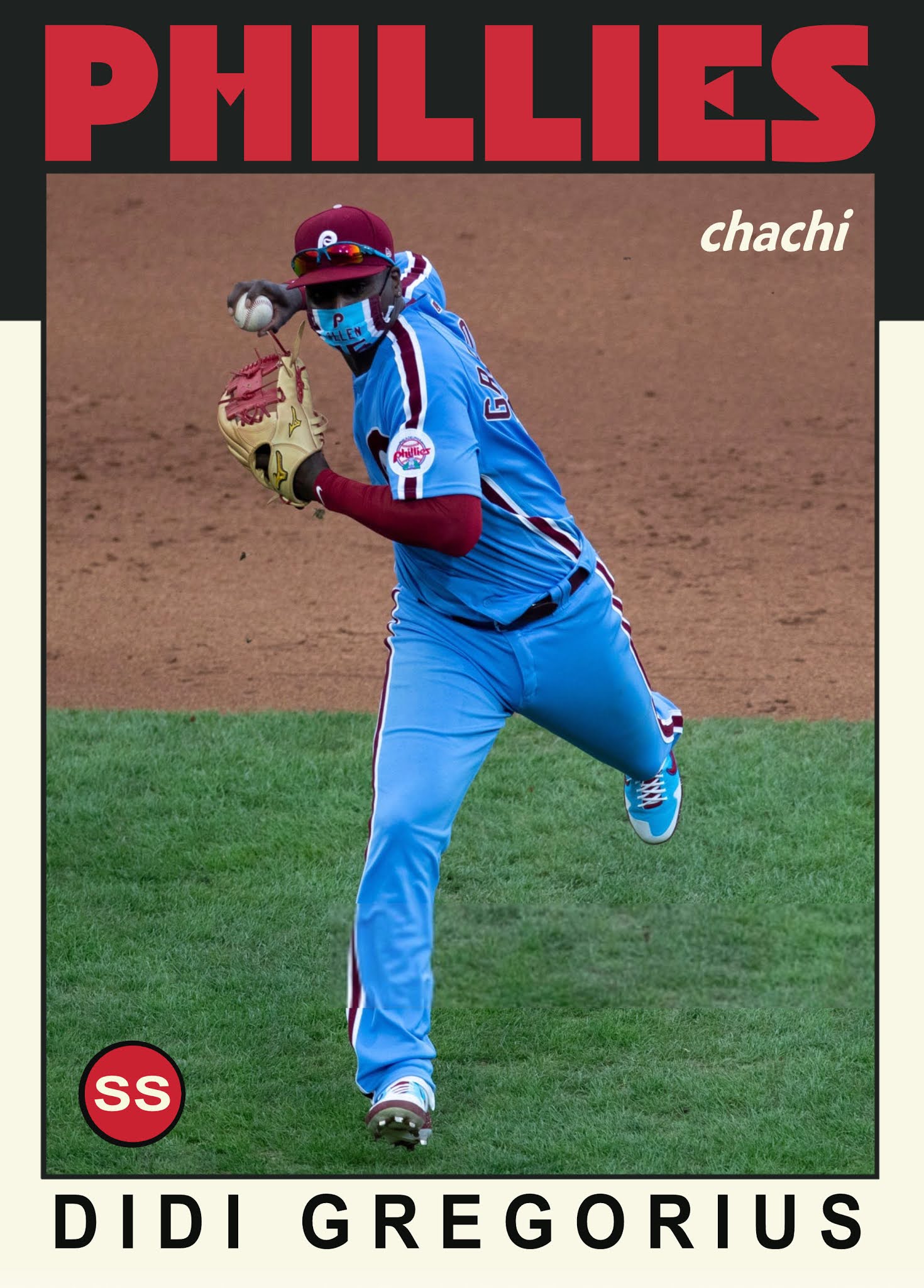 19 - Gregorius baseball cards in my collection per The Phillies Room Checklist as of 4/10/21.

Gregorius has appeared in Topps flagship sets dating back to 2013.  His first Phillies baseball card, from the 2019 Topps Now Offseason set, came out in late December 2019 following his official signing with the club, and he's been photoshopped into a Phillies uniform in several other 2020 Topps releases since then.

We're still waiting for an official Gregorius team-issued photo card, and with the popular shortstop now signed through the 2022 season we'll hopefully get one either this year or next.  His 2021 baseball card appearances have been sparse so far, as he's only appeared in the Donruss set and as a short-print in the Heritage set.
2021 Virtual Phillies Wall / 2021 Season Summary Index / 2021 Chachi Set Checklist
Posted by Jim at 7:00 PM