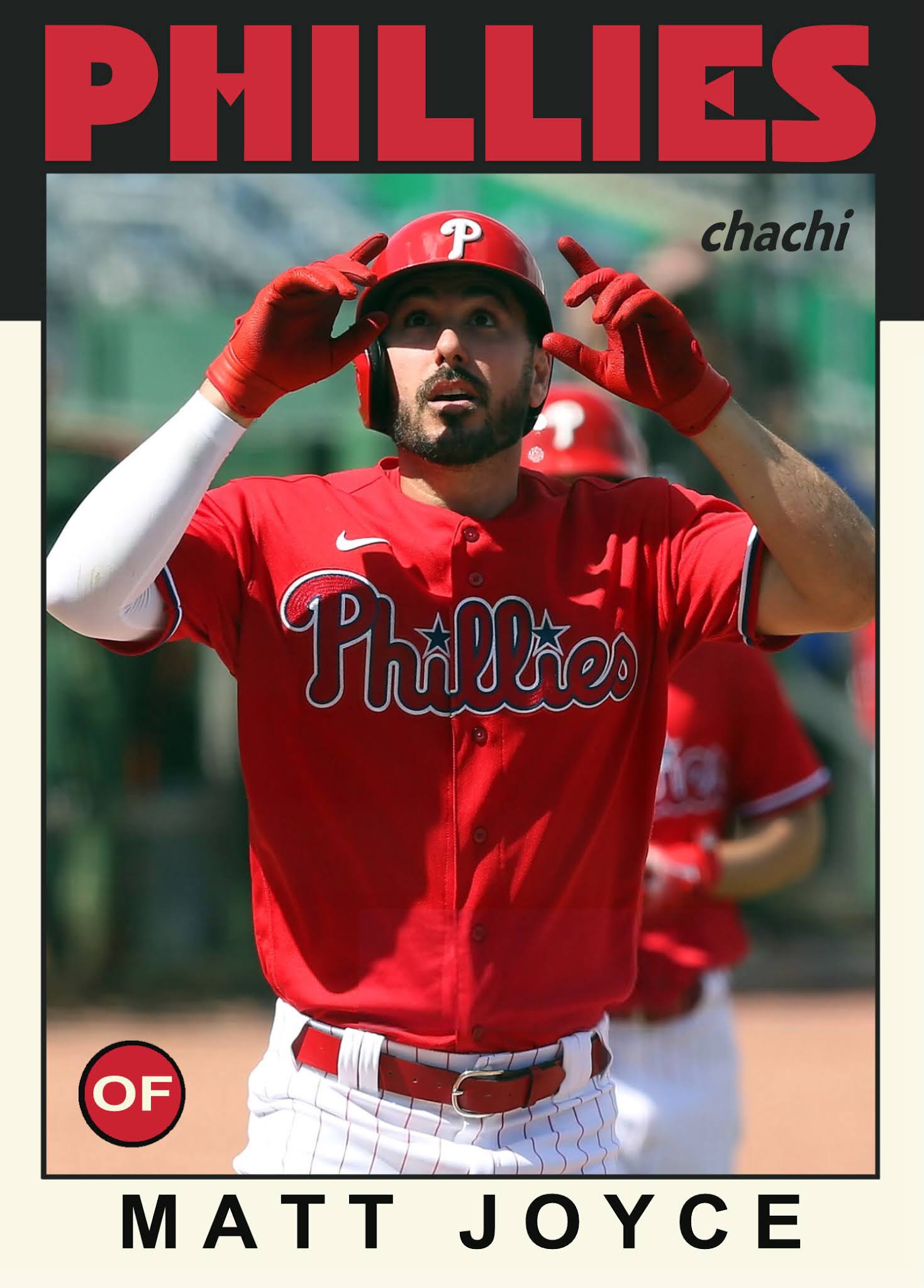 Matt Joyce and Brandon Kintzler won the non-roster invitee lottery this spring for the Phillies, both making the opening day roster on the strength of their springs.  Joyce will provide a left-handed bat off the bench while occasionally spelling the corner outfielders.
Like a lot of Phillies on the 2021 club, he's waiting for his first Phillies baseball card appearance. The sole card of his in my collection right now is his short-printed card from the 2021 Topps Heritage set.  Joyce was an All-Star with the Rays in 2011.  He's appeared in every Topps flagship set except one between 2009 and 2018, getting omitted for some reason from the 2010 set.

Matt Joyce is still around I did not know that