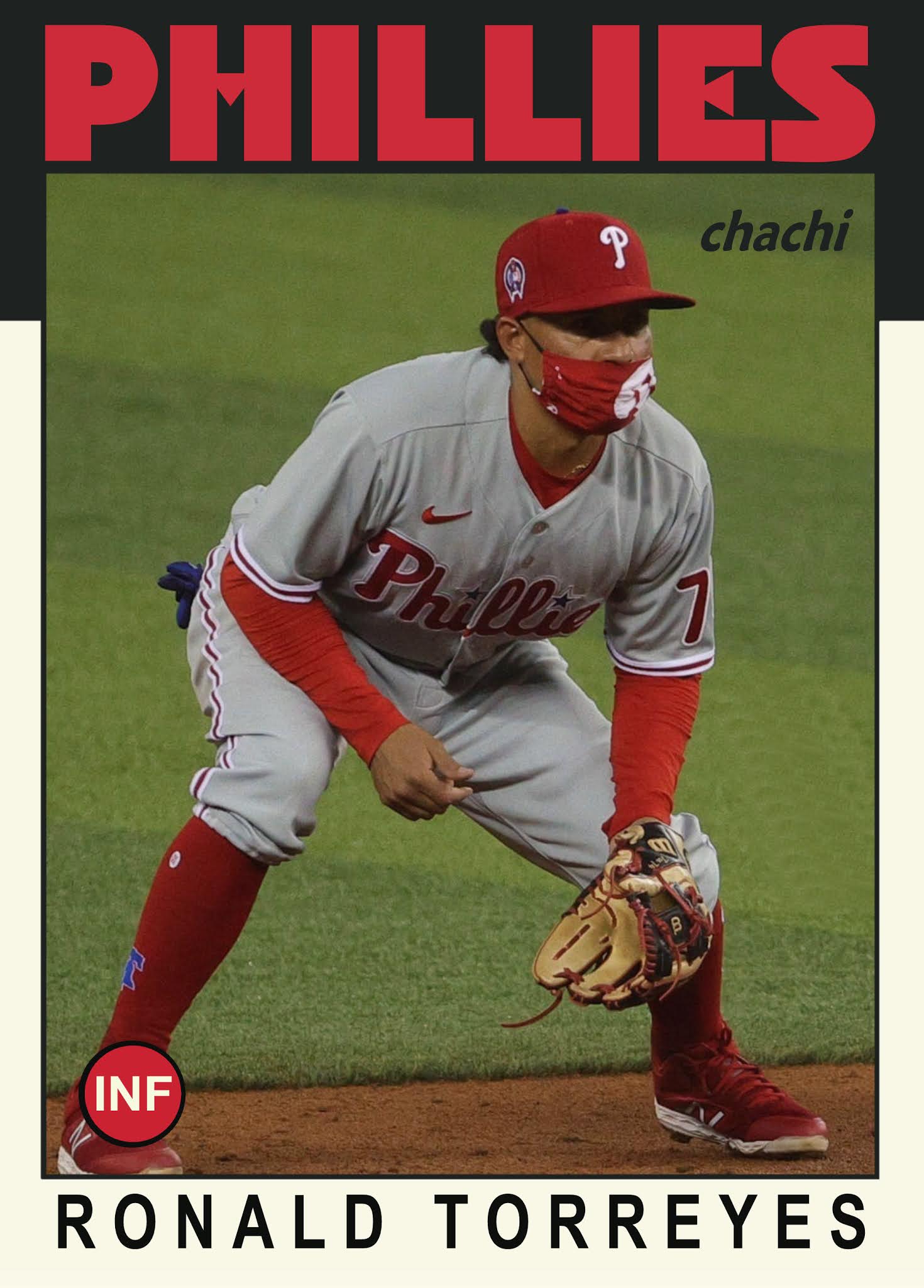 0 - Torreyes baseball cards in my collection per The Phillies Room Checklist as of 4/18/21.

Ronald Torreyes had his contract selected last season on September 11th, replacing Neil Walker on the active roster when Walker was designated for assignment.  Torreyes, who has played previously with manager Joe Girardi when both were with the Yankees, was the final player to make the team's opening day roster this season.  Collectors are still waiting for his first official Phillies baseball card.

Torreyes is the second player in franchise history to wear #74, following in the footsteps of relief pitcher Ugueth Urbina who first wore the number briefly in 2005.