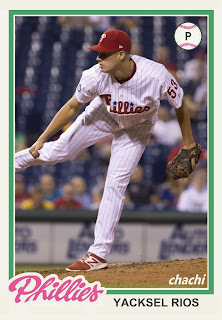 First Mention on The Phillies Room:  March 7, 2016 - The Phillies also added 13 more players to their roster, going so far as to add these players to their website's roster page along with numbers in the 80s and 90s.  Ken Roberts is the only player listed below to have previously played for the Phillies.  I guess these guys are non-non-roster players?  And how confusing is it that there are three different players walking around with #89?