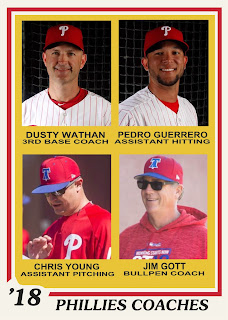 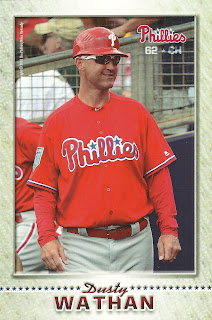 First Mention on The Phillies Room:  September 22, 2016 - Doug's Continuing Autograph Adventures . . . Doug and I attended this game together, with Doug immediately heading down to the Phillies dugout 90 minutes before first pitch to claim his spot for autograph seeking.  His patience paid off as several players and a few coaches came over to him to sign his cards.  Jared Eickhoff was a repeat signer for Doug, and Freddy Galvis was a pleasant surprise as he signed right before the start of the National Anthem.  Coaches Mickey Morandini and Dusty Wathan also signed with Wathan adding his autograph to the Phillies team card from the 2016 Topps set. Spending the most time signing was probably Darin Ruf, who was very gracious with his time.