Watching the Phillies from Atlantis 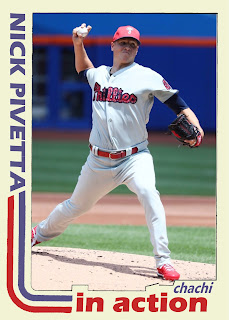 One Sentence Summary:  Nick Pivetta delivered another impressive performance and Maikel Franco knocked in a pair of runs in this 7-1 win over the Mets.

What It Means:  I've written this sentence a lot this season:  The win ensured the Phillies avoided another sweep.

What Happened:  Pivetta allowed a run on one hit (a solo home run) in his seven innings of work. Franco started the scoring with a two-run double in the second.  Daniel Nava, now batting .300, had three hits and a pair of RBIs.

These late (and wholly unnecessary) game summary posts are due to the fact that we were away on vacation first at Walt Disney World and then on a 5-night Disney Cruise.  It was our first cruise as a family and we had an incredible time.  One of our excursions while on the Disney Dream was at Nassau, where we toured the Atlantis Paradise Island Resort.  We stopped for a few minutes in the casino to watch Tommy Joseph face Rafael Montero in the second inning. 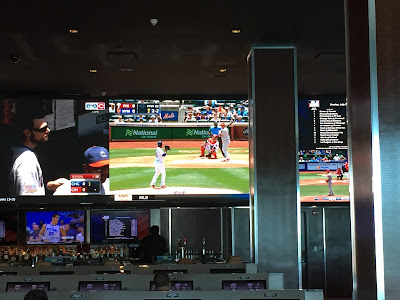