Series Preview - Phillies at Tigers: May 23rd to May 25th 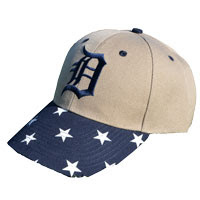 At the Ballpark:  On Tuesday night, the first 10,000 adults will receive a Tigers patriotic hat in celebration of Armed Forces and Veteran Recognition night at the ballpark.

1970 Topps Appreciation:  I wonder how these two former Phillies manager would handle the entire Ryan Howard situation?  Howard, clearly in continuous decline, has struggled mightily so far this season and has lost his every day first baseman's job whenever there's a left-handed pitcher starting for the opponent.  Darin Ruf shared platoon duties with Howard at the start of the season and Tommy Joseph is now languishing behind the former All-Star.  I get that it's a delicate situation, but Howard's .161 average and his 4 for 44 in the month of May (through Saturday) is impossible to defend.

On to the 1970 Topps Appreciation portion of this post . . . Frank Lucchesi was a first year manager in 1970, guiding the Phillies to a fifth place finish in the National League with a 73-88 record.  His tenure would last until July 9, 1972 when Paul Owens came down from the front office to manage the team through the duration of one of their worst seasons in franchise history.  Lucchesi's overall record at the helm for the Phillies was 166-233.  He'd manage again for the Rangers from 1975 to 1977 (142-149) and on an interim basis for the Cubs in 1987 (8-17).

A quick word about my 1956 Topps blog . . . It's still out there, although it's been dormant since late March.  I kind of thought this would happen once the Phillies season was in full swing, although I thought I'd have more time to dedicate to the 1956 Topps set since the Phillies were predicted to be awful in 2016.  The Phillies haven't been awful, and my 1956 Topps blog has paid the price.  Rest assured, I'll pick it up again at some point and my goal is to finish it up in a shorter time frame (about 20 years) than it took my Dad and me to complete the set.