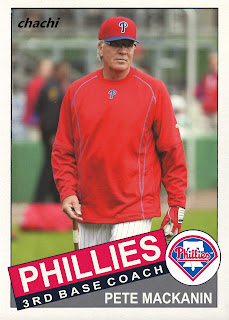 *Mackanin is in the 1979 Phillies Photocards set, but I don't have that card in my collection yet.