One Sentence Summary:  The Phillies played small ball and took advantage of walks and a few hit batters to plate four runs in the seventh and eventually win against the Nationals, 4-1.

What It Means:  The Phillies are back at .500 and Cole Hamels will attempt to right his ship tonight against the Nationals.

What Happened:  Down 1-0 in the seventh, Grady Sizemore and Cameron Rupp both had fantastic at-bats and ended up reaching on walks.  Andres Blanco was hit by a pitch to load the bases and pinch-hitter Cesar Hernandez delivered a big two-run single.  Two more runs would score on a Freddy Galvis single and a Chase Utley sac fly.  Galvis finished the night with three hits.

Jerome Williams allowed a lead-off home run, but then settled in to pitch six strong innings.

Featured Card:  Hernandez has logged over 100 big league games, yet as far as I can tell his only mainstream, non-team issued Phillies baseball card is this card from the 2011 Bowman Chrome Prospects set.  Hernandez had a horrible spring and the only reason he made the opening day roster was because he was out of options.  So it's only fitting that he came up with the biggest hit in the team's second win of the season.

Field Report:  Doug and I took in this game together and we pretty much had our entire row (and most of our section) to ourselves.  I'm happy to report there's now a full blown Chickie's and Pete's stand in the 300 level, which allowed us to share an order of crab fries.  The Phils improved to 1-1 in games I've attended so far this year. 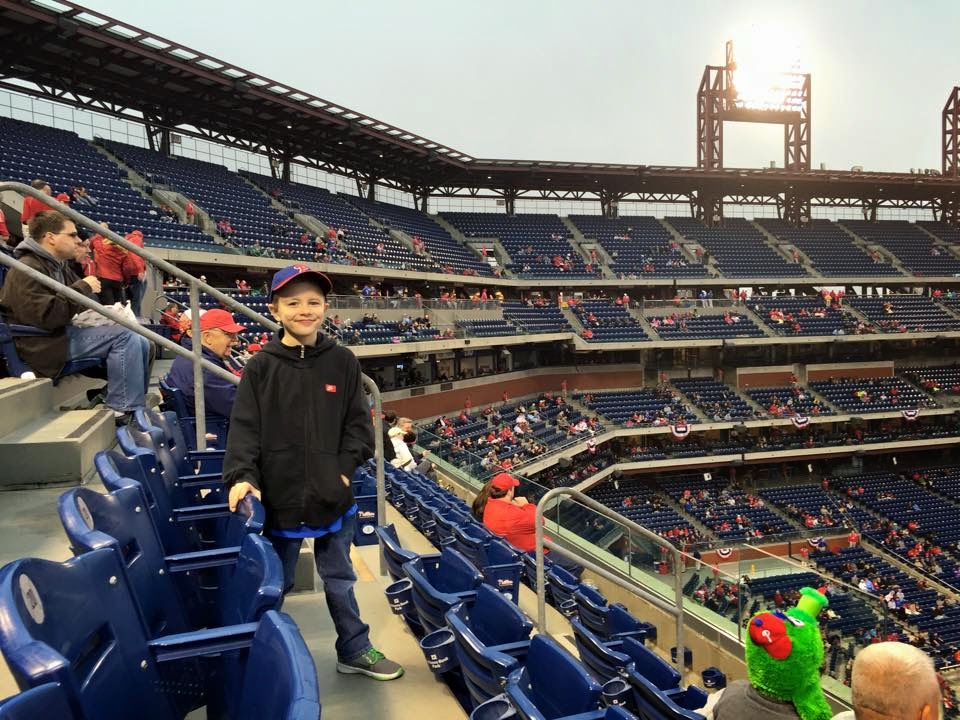