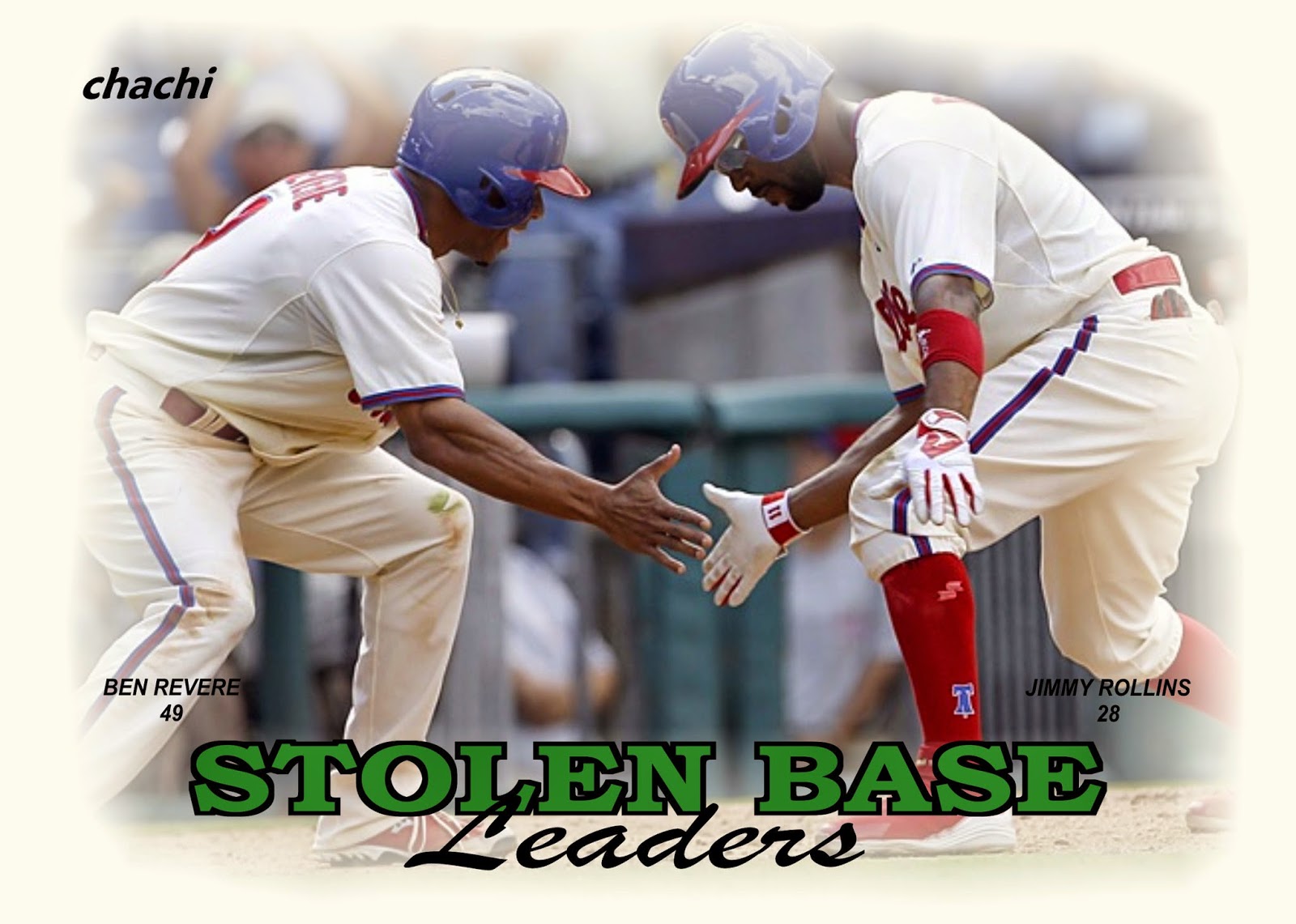 I read the article this morning in the Philadelphia Inquirer about Jimmy Rollins' first few days in Dodgers camp in Arizona, and I've now seen a few pictures of the Phillies former shortstop wearing Dodger blue.  It still doesn't seem right.

Rollins was second on the team in stolen bases (28) last year behind Ben Revere and Revere's total (49) was the highest for a Phillies player since Juan Samuel stole 53 bases in 1985.  However, Revere seems to be one of the few position players in danger of losing his starting job this spring as the Phillies plan to take a long look at Rule 5 draft pick Odubel Herrera in center.

In fact, Herrera is leading off and playing center this afternoon in the first baseball game the team has played since the last day of September.  Herrera's .372 average in the Venezuelan winter league earned him the league's batting title and MVP honors.

Here's the complete list of Phillies players with more than one stolen base last season:

I'm very anxious for these exhibition games to start.  Let's get this thing going.
Posted by Jim at 9:15 AM