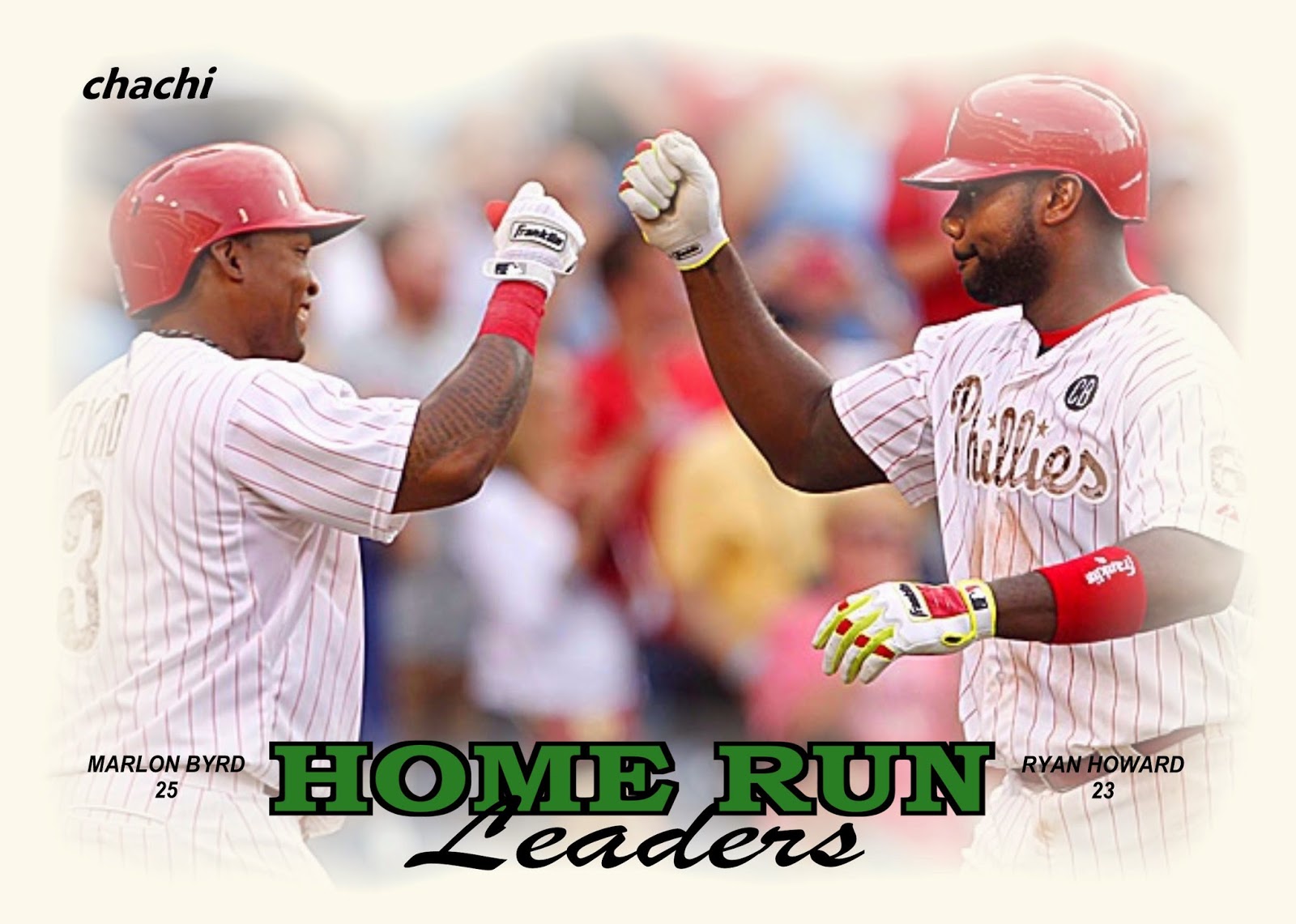 Ryan Howard, who was second on the club in home runs last year, hopes to help his current team, still the Phillies, climb out of the cellar in the N.L. East.  Reports out of Clearwater are that Howard looks more "agile" and "quick" so far this spring which hopefully translates into "doesn't swing and miss out the outside junk away" during the regular season.

Here are the team's top nine home run hitters last year, which was the third year in a row the leader had less than 30 home runs.  Jimmy Rollins led the club with 23 home runs in 2012 and Domonic Brown took the honors in 2013 with 27 home runs.